A Sister Author and a Sister Publisher!

“Forever Looking Forward”. That’s their motto. And that was what they were thinking when they decided to drop everything and just do it.

Once upon a time a sister told her sister that her imagination is going wild, that she has so much to say and stories chasing through her head (don’t worry, no voices) and that escaping into that endless world of imagination makes everything (well, almost everything…) tolerable. So the sister sighed indulgently and told her sister, you want to write, write. We’ll publish. People love to read.

Anna Claire Everward is now an author with  two book series already on their way. And her sister? Kate Anne Everward became her publisher and her PR agent. That’s how Author & Sister was born. 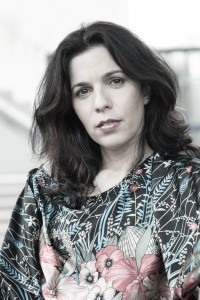 A. Claire Everward takes the world far too seriously. Passionate and sensitive to her surroundings, she takes it all to heart, sometimes too much so. but it makes her fight for what she believes in. She is direct, although she tries not to be, at least not always. Like every artist she has her quirks, some understand them and some don’t. She prefers to keep to herself and spend time with her characters, and for her escaping into writing is always the best refuge. She would say it maintains her sanity but her sister Kate says that sanity does tend to be overrated.

Claire spent years away from home getting an undergraduate degree in aerospace engineering and a graduate degree from the same faculty, with a risk management specialty. During that time she lived in the university, surrounded by forested hills and too much silence, and so to keep away the boredom she also took on an MBA, and now she feels ridiculously over-educated.

She tried to work in her field, she really did, and even put her education to good use in the finance field for a while. But eventually her love for writing took over, and she decided to leave it all and move to the world of her imagination. Her characters had a lot to do with that—they had lived in her mind, waiting patiently for her to be ready, for too long, they felt, and so they finally decided enough is enough and took over. And Claire didn’t put up that much of a resistance. She has always loved to read, but writing, that’s a whole new world she soon knew she could never give up.

She lives with her two cats: a brown tabby named Mary Boleyn, who is much smarter than her and who likes to take over her laptop exactly when she wants to write, otherwise she starts throwing all kinds of stuff off the desk; and a black cat named Henry VIII who loves to jump on top of the kitchen cabinets and scream at the ceiling. Especially at five in the morning.

Nowadays, when she’s not rudely peeping into the lives of her characters, or having in-depth conversations with them, which she does tend to do quite often, Claire actually manages to do some writing. The First is only the first of her novels. With a sequel on its way and a whole new series to follow, Claire is turning her dream to be an author, a reality.

The First is a debut novel by A. Claire Everward, the first in a series. 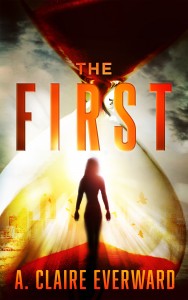 Is the ancient directive that has once again reawakened in the hearts of those who hide.

Is the frantic command of those who fear their rise.

Aelia returns from a vacation that did not go quite as she expected, to a life she does not quite feel at home in but that is, at least, hers. Or so she thinks. Within days of returning she is targeted by a hit man and she has no idea why.

But then neither does he. All Kyle Rhys knows is that to protect humanity, this woman must die. At least, he thinks, killing her will be easy. After all, the organization that has raised him has prepared him for her death his entire life.

So why can’t he kill her? 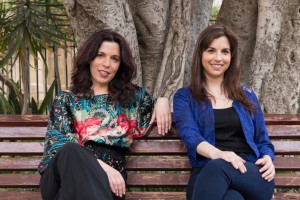 When A. Claire Everward said all she wants to do was write, her sister Kate Anne decided she would use her ten-year PR and marketing experience to start a publishing company that would support it as a business.

That’s how Author & Sister was born. Now both sisters are finally doing what they were meant to do, and they are doing it as a family.

Author & Sister is not only a newly born publishing house. It is also the sisters’ story. On its website, every reader, every supporter, and every dreaming writer will be able to read about them on the Author & Sister blog. They will be able to follow what it’s taking to make the sisters’ dream come true, their breakthroughs and setbacks, the good and bad moments, the ideas and whatever interesting stories come up on the way.

The sisters expect Author & Sister to grow and one day help other authors, who like them are looking for a way to achieve their dream. 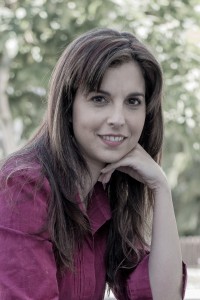 After ten years working as a PR expert specializing in crisis and reputation management, voicing other people’s thoughts and needs and making sure they got what they want, Kate knew it was time for a change. She’d always been a dreamer, a bookworm who escaped to her imagination when things got tough, and when her sister, another bookworm (they got it from their bookworm mother) came to her and told her she wanted to be a writer, and already had stories and books to show her, Kate decided to help her dream come true.

And so from crisis manager she became a book publisher/marketer/literary PR agent. Her career had taught her how to fight for what she believes in, and she was tenacious to begin with, and now she’s using it all. While her sister writes, Kate is learning everything she can about the traditional and self-publishing world, and is talking to anyone, anywhere out there. She and her sister Claire have now created Author & Sister, so they can publish Claire’s books and tell the world their story.

Kate lives with her laptop (Yogi) and her 10 kg gorgeous red-haired cat who never sleeps. At least not when she wants him to. She is now starting to voice her thoughts, dreams and truths in her and her sister’s blog and is even considering writing a story of her own.