Elizabeth Marx is a prolific writer of multiple genres and series. Every time we get a manuscript from her, we’re amazed that she can write so much so quickly! But she’s got what it takes to hit home with her readers. Her latest release, Just Close Enough, is available for pre-order and will be released tomorrow, December 1. Find out more about her, her characters, and how the two come together, plus a sneak peek into what she’s publishing next! 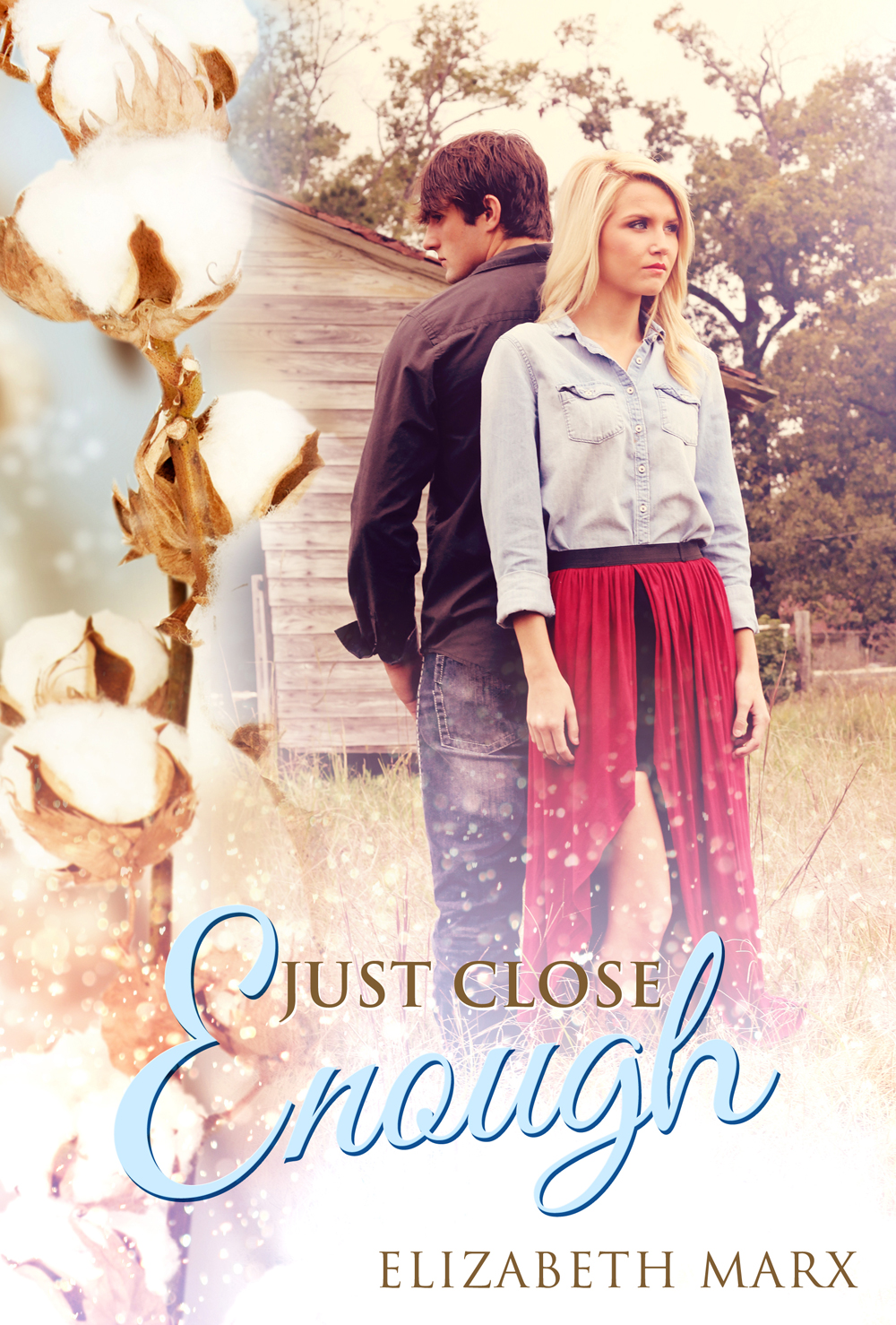 owner smack dab in the middle of rural small-town Alabama – the deep South. He must gain the trust of a tight-knit Southern farm community in order to fulfill his goal of revenge against one of their own, who he believes is behind his brother’s disappearance. What inspired you to choose these two very opposite cultures in particular as the basis of your story?

I like the immediate conflict when two personalities with different backgrounds collide. The reason I chose these two cultures is because one of them I’m familiar with and the other fit the context of the story.

I grew up in Chicago in a neighborhood that was a true melting pot with Irish, Polish, and Italian families. Some of these families were new immigrants and some had been here for generations. My family was from the deep South like Polly Anna’s family. Although my background is more like Scarlett’s, I grew up in Chicago and then spent most of my summers in the South. I lived this dual tradition of Northern mentality with exposure to different ethnicities and deep Southern roots, so it was something I wanted to explore in my writing.

As far as Alex being Russian, I selected that immigrant population because when his character popped up in Just in Case, the first book in the Alabama Secrets series, he came to me as this mysterious man named Alex with an alluring, sexy accent. All Scarlett could get out of him was that he was from Seattle and there is a large Russian immigrant population. Also, Russian men are known for being domineering and that fit into Polly Anna’s conflict of not wanting to get tangled up with another man with that sort of disposition.

I grew up with a Southern grandmother so Polly Anna and her family’s speech pattern are loosely based on that tradition. When writing Alex’s POV I kept his speech more formal because he has an Ivy League education. I enjoy writing the male POV because men tend to say what they’re thinking with fewer filters and they tend to express themselves with physical reactions. I’ve written several books with this dual POV and I like the natural pull of the back and forth between the male/female POV, it’s almost a dance. 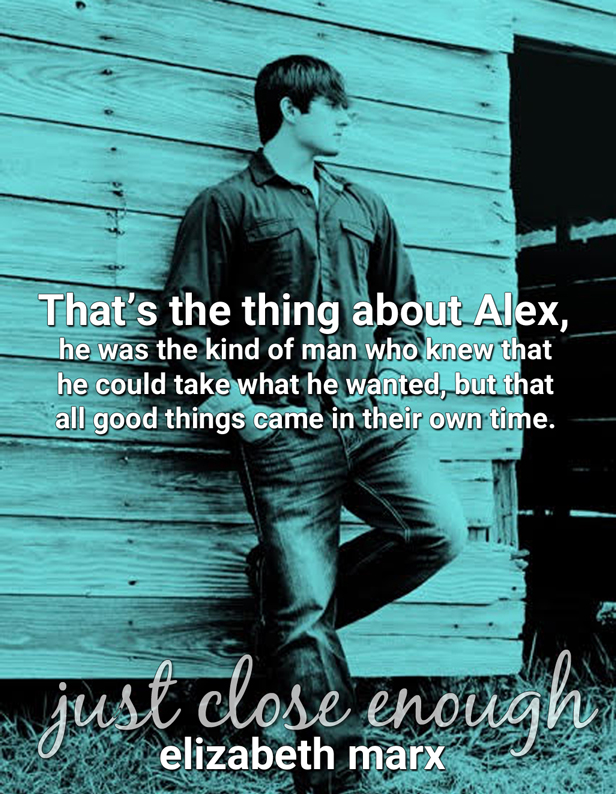 One thing I always enjoy in a novel is being immersed in a culture that’s completely different from mine. In Just Close Enough, I enjoyed spending time in the world of a small Southern community as well as inside the mind of a somewhat arrogant Russian man. Have you spent a lot of time around either culture to gain a better understanding of them in order to write this book?

I spent many summer months in Alabama, Tennessee, and even West Virginia. My Southern cousins called me Yankee Doodle Dandy and made fun of the way I spoke, and in spite of this I loved the South. The kindness of the people and the secrets of small town living always drew me back to the hilly landscapes and dogwood trees. Many of the people and traditions in Just Close Enough I’ve experienced firsthand. There was a real Miss Pearl and she did deliver babies and chew tobacco; I have a vague memory of her but she passed away many years ago. For Just Close Enough I made her a Cherokee wise woman and gave her two identical sisters. My family is part Cherokee and my mother often told me of her grandmother who was a Cherokee matriarch, she taught my mother how to chew and spit tobacco. I’ve actually handpicked cotton, I’ve attended a Sacred Harp singing, or what my grandmother called a “singing”. I believe one of my grandmother’s sisters was a Sacred Harp singer because I remember her and my great aunt Delta ribbing her about it. I’ve never seen a snake handling service in person, but I have been inside a barn where the snakes for snake handling were held. 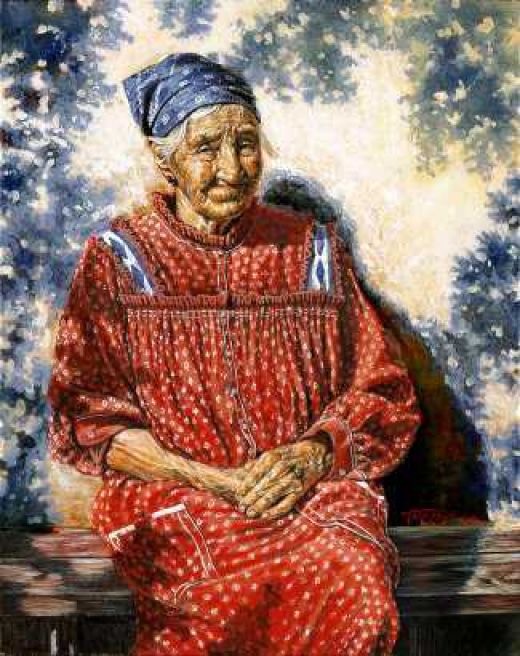 Although revenge is the driving force of Just Close Enough, there are many other layers including love, loyalty, family, and individual strength. Is there any one layer you most closely identify with or enjoy writing most? What draws you more strongly to that?

I think revenge is Alex’s driving force in the book, and secrets and love of family are Polly Anna’s. In a small town where everyone thinks they know everything about Polly Anna, I wanted to peel back the layers of who she really is and see what makes her tick. For example, everyone thinks Polly Anna’s happy-go-lucky, but deep down she has a yearning for a family of her own, something she thinks she’ll never have, and she also wants to protect her family from past sins. She’s also a pleaser, believing you attract more good things with honey than with vinegar. But she uses this pleasant façade as a way to overcompensate or hide the things her father did in her youth, almost as if she thinks she has to make up for his sins, as if the burns she suffered because of his drug dealing weren’t payment enough. She’s not hiding secrets out of fear of exposure as most people do, she’s keeping them close out of loyalty, respect and a deep sense of love. 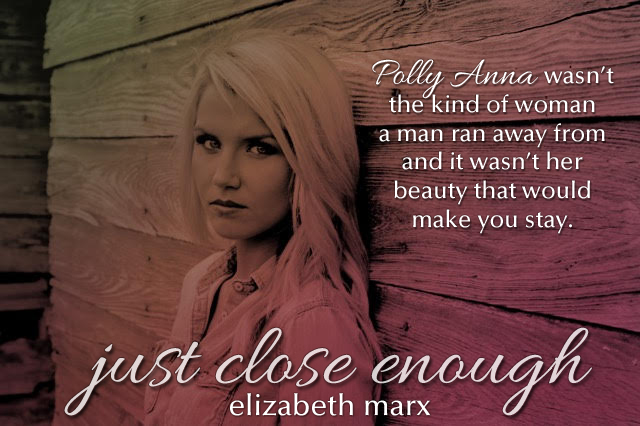 You’re a very prolific writer with nine books to your credit – is any one book or any one series closest to your heart? If so, what makes it special to you?

Binding Arbitration will always hold a special place in my heart because it’s touched so many people. Some readers have a negative reaction because it’s a powerfully gritty story about two very stubborn people who have to work together to save the one they love. I had a particular reader write a very sad review of it because she didn’t like what happened. I wrote to her to discuss her feelings and to this day she drops me notes and says, “After all this time I still think of your story.” So the fact that I was able to touch her, even if she didn’t like what specifically happened in the story, means I feel I did my job. In Binding Arbitration, Aidan and Libby find common ground and work together, but they lose the thing that’s most precious to them. In the process they find each other again and realize what an enduring love they share. They learn that in spite of their losses they deserve forgiveness, redemption, and love.

Can you give us a sneak peek at what you’re working on next?

Up next is Tell Me Something Real, a story about two college students who are so opposite yet so perfect for each other. Mason Pendleton’s life was planned for him the moment he was born, and Kamilla Dawson is a free spirit and modern day crusader who utilizes a special way of reaching an audience with her graffiti art. Neither is looking for the other, but the moment Kami asks, “Tell me something real, something so real it hurts,” Mason Pendleton is a goner. He’s a guy who has had prospects heaped on him his entire life. He hasn’t always lived up to the expectations because for the most part they aren’t what he wants, but when Kami poses this seemingly harmless question, Mason starts to ask himself hard questions about who he is, what he wants from life and most importantly who he wants to love. Mason’s real truth also sparks an awareness in Kami that she hadn’t expected or experienced with anyone else. It’s a true coming of age story.