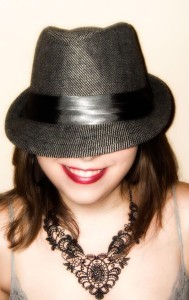 While it’s true that I was the girl who got in trouble for sneaking flashlights and notebooks into my room in case of late night inspirations and that my teachers caught me writing down ideas instead of class notes while in school and college, I’m no longer that young girl.

After self-publishing several short stories in early 2012, my writing career stalled as I realized that I was pregnant and then my son made an early escape from his “jail” and entered the world two months prematurely. This turned my husband and my world upside down. But, he was healthy and we were quickly sent home with a 4 lb bundle of joy.

Being a stay at home mom has been a joy that I’m grateful for. Not only do I get to watch my son grow, but I have the time (most days) to work on the ideas sprinting through my head.

Early in 2015, I realized that it wasn’t enough for me to just write. I wanted to offer the help that no one offered me as an indie author several years prior. So I began a Goodreads group called Support for Indie Authors. Almost three months later and we are at 800 members and have a wide range of resources available for indie authors who are overwhelmed with self-publishing. I do my part by featuring Indie Authors on my blog and helping to promote their work. And I have three moderators who are just as excited to help other indie authors as I am: Riley Westbrook, V.M. Sawh, and B.B. Wynter.

My ultimate goal is to open a publishing company that offers the author more control that they’re usually given, with editing, formatting, and marketing options available. It’s a big world full of people who love to read. There’s no reason for so many wonderful authors to be buried under “more popular” authors simply because they don’t have the appropriate marketing budget. There’s no shortage of readers, so why should authors be competitive with one another?

The end did not come swiftly as media and literature had predicted. There was no deadly virus released to wipe out 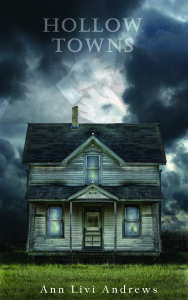 humanity. There was no meteor on course to collide with earth. There was no Biblical flood or fire and brimstone. And there was no army of the undead to rise up against the living. In fact, no one knew where or when it began. It was suspected to have first occurred in some remote village without the means to report what was happening. Even when it began to be reported, no one understood what was happening, so no one was alarmed. They were just lightning storms. First came a thick, gray cloud covering that blocked out the entire sky and all light. Then the steady and unending drizzle of rain that never turned into a downpour, but never lightened up either. Then there were reports of lightning. But no one took notice. After all, who cared about a mild storm? It wasn’t until the cloud bank reached Spain, and then France, that the panic began to rise. This installment of the Hollow Towns series includes Hannah and Minutemen, but also introduces two new characters who must choose whether to aid or hinder Charlie in his quest.

“Wait,” Lucy looked back the way they had original traveled. “Did you hear that?”
“Hear what?” Henry looked confused. “Do you hear Madison?”
“No, children,” she paused for effect. “Children screaming!”
“Candy and Jimmy,” he exhaled. “They must have followed our tracks back to Reggie. Come on, we have to help!”
“My leg hurts,” she grabbed his arm to stop him from running. “I’ll only slow you down. I’ll hide here, ok? Make sure they’re all right.”
Henry hesitated for only a moment, then nodded. “Okay, but I’ll come right back for you. Hide and don’t come out until you hear my voice, all right?”
“Promise,” Lucy nodded. She moved back towards her hiding spot as Henry dashed away, anxious to help his friends.
She paused as he left her line of sight. A small wave of guilt washed over her, but she quickly shook it off. Taking a deep breath and gathering every ounce of courage she had left, she stepped out of the tree line and began her journey towards the decrepit warehouse that stood against the gray sky like a dark shadow.
If she was going to die anyway, she wanted to die with answers.