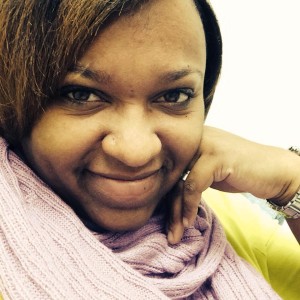 Ariel Marie has always loved reading romance novels in her free time. She loves getting lost in a good book. She reads all genres but paranormal romance is her favorite. She loves everything about the Fae, Shifters, and Witches! And every other supernatural too! One day leaving the hospital after a busy shift she was hit with an idea for a story. The story stayed in her mind for a couple of weeks. She wondered if she could write it. Not too long after that, she read a quote online that said, “write the book you would want to read” and the Mirrored Prophecy series was born!

She married her high school sweetheart. Together, they are raising three beautiful children. When she’s not writing or reading, she loves spending time with her husband and three munchkins.  She loves cooking and baking! She’s always trying new recipes! If you have a good recipe, send it to her! She just might try it!

Outside of writing, Ariel is a registered nurse specializing in kidney/pancreas transplant. She walked for the National Kidney Foundation to raise awareness for kidney disease.

The Ancients spoke of a Mirrored Prophecy that would determine the future. One version 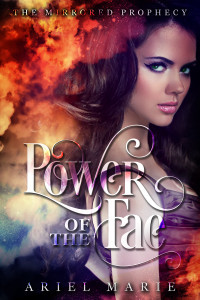 The Princess of the Light Fae, Arlina Waldmar, may be small but she is deadly. She is a member of the elite Guardians of the Fae. She has been given the assignment of going to the human realm to investigate the vanishing supernaturals.

Colin MacKenzie, Alpha wolf, has determined that finding a mate is not in his future. His people are vanishing. He will need to lead his Legion, defenders of werewolves to find them. His wolf has recognized a certain dark haired Faery Princess to be his mate, but he refuses to claim her.

There is an evil set on destroying the Human and Faery realms. Colin and Arlina must work together to defeat this evil. His thoughts are constantly on Arlina. Arlina knows there is no fighting the attraction between them. Can she convince him to give them a chance before it’s too late?

Check out the book review here!

*I was given a copy of this book by Stephanie’s Book Reports in exchange for an honest review.
5 stars for Power of the Fae by Ariel Marie!! This is the first book in The Mirrored Prophecy series, and it is a great read!!
Arlina Waldmar is part Fae and part human. She is the Princess of the Light Fae and a deadly member of the Guardians of the Fae. When many different types of supernatural beings go missing, she is sent to the human realm to investigate all of the mysterious disappearances. She soon learns of a prophecy that the ancient supernaturals spoke of called The Mirrored Prophecy. The prophecy had two different versions. One spoke of a small, dark haired female of mixed heritage who would give birth to a child who would save mankind. The other version spoke of this same child bringing the demise of the world. To say that she is shocked to learn that she is the female spoken about in the prophecy would be a huge understatement.
Colin Mackenzie is the alpha wolf of the Diamond pack. He has come to the conclusion that finding a mate is just not in his future. He is too busy leading and protecting his pack to even think about having a relationship. Imagine his surprise when he meets the Princess of the Light Fae, and his wolf recognizes her as his mate. Although is wolf continues to recognize her as his mate, Colin refuses to claim her. Arlina can’t stop thinking about Colin, so she decides to do everything within her power to convince him to give her a chance.
As Colin and Arlina work together to solve the mysterious disappearances that are taking place, they grow closer and closer. When they discover that an evil force is set on destroying both the human and faery realms, they must work together to save everyone and everything that they know and love.
This story is packed full of suspense and danger. Even though it ends in a cliff hanger, it is so worth reading. If you are looking for a story to lose yourself in, this is the book for you! One click it now!!