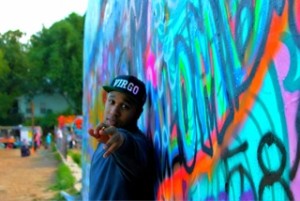 Dexx was born in Germany, grew up in Tennessee, was educated in Alabama, and is now residing in Texas. As a child his imagination was forever running rampant, spending time with imaginary friends and getting lost in fantasy and mystery books. When he was inducted into an elite writing club at his elementary school, he knew then he wanted to be a writer and novelist as an adult. As he got older, he suppressed his creative side and studied biology in college. It wasn’t until the voices of Marcus and Dylan began talking to him day and night that he decided to pick up the pen again.

Dexx works in the medical field and spent seven years as a soldier of the Army National Guard. He came up with the idea for the plot while deployed to Iraq in 2010.

Marcus and Dylan were born right into the middle of a three thousand year old war. Only problem, they didn’t know it existed. 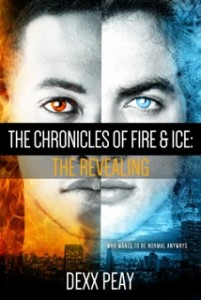 My parents gave me up for adoption, and left me with nothing. Eighteen years later, I collected my inheritance: a set of ancient journals, the power to shoot fire from my hands, and the secret to who I really am—a Xarponian.

My name is Marcus Peterson, the kid who plays with fire…

It was cool when I found out I could shoot ice particles from my hands. Something like the Avengers —until the attacks started. Having random people try and kill me was not on my list of things to do. I don’t even know why they want me dead, I am not like them. I’m not even marked. I don’t know what I am.

With the War of the Xarponians and Qihar taking place on Earth, Marcus and Dylan must learn to harness their new found abilities while balancing being sons, students, but most importantly, best friends.

Buy Fire and Ice on Amazon