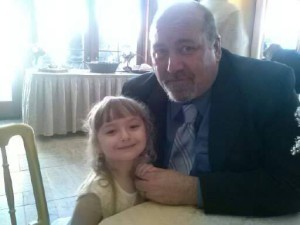 Ed Ireland is a very proud product of the streets of South Philadelphia. He draws on his memories of people, places and events from his life there as well as the rest of the world he has known.

His list of home territories includes Pennsylvania, Nevada, Texas, California, Colorado, New Jersey New York, North Carolina and currently, Florida. He has been a sometimes frequent visitor of Virginia, Massachusetts, Connecticut, Arizona, and Maryland. Every one of these locations has provided him with people and places that inspire his work. Countless memories from them, some good and some bad, fuel his passion for building people, not just characters in his tales.

Confucius once said, “Wherever you go, go with all your heart.” It has become his mantra and an ideology he embraces fully. His age has not diminished his urge for wandering, although he promises his move to Miami, Fl is the last. He claims he will settle down for good in Florida. Maybe the spirit of Hemingway is calling…

Perhaps the people are drawing him. He has always been a people-person for the wealth of opportunity they provide. He says that “a good variety of people in one’s life is like a rich tapestry of inspiration to a writer. People come equipped with personalities, quirks and tales that keep writers in material for a lifetime.”

Ed was born in 1954 in Philadelphia. He is a doting father of two and is fiercely loyal to the Philadelphia Eagles, The Beatles and classic horror films. He enjoys time in the kitchen as of late, saying that cooking is fun for him now that he understands that it too, is an art. He enjoys photography, playing in Photoshop and he freely admits to his vice of being addicted to World of Warcraft. His passion is animal rights and he campaigns to end the persecution of wolves. His religious and political views are private; nevertheless, they make themselves known throughout his work.

So that is the author, for all it’s worth. He explains that his sarcasm is described as epic, but also that he is a caring and good man. He says that he’s not sure of that. He says this on the subject…

“I think a good man treats others well no matter what. I treat others as I want them to treat me, but if they don’t then I treat them as they treat me. I prefer to think of myself as a just man. Nevertheless, when we reach our end, what we think of ourselves is worthless. In the end all that matters is what our judges, whoever or whatever they may be think of us. In the meantime, I’ll live life the way I enjoy, I’ll write what I enjoy and I’ll be a smartass for as long as I like.” 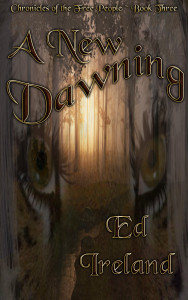 For twenty years the Clans have kept the peace. They have spent their days and nights away from the boundaries imposed by the Goddess. They kept true to her word and allowed the years to pass without incident.

In Rahz Ahmoon, the old order is about to pass and the greatest threat the Clans ever faced returns, bringing depravity and terror to the destruction. Along the tranquil shores of the Shimmering Seas, another threat looms. A threat the Clans have been dreading for twenty years. These two incidents will return them to the most savage days they have ever seen.

In Bandashar, rebellion and plague rise to defeat the loyal. Hol stands ready to defend the fair lands of Dagor as Bandashar dies amid flames of prejudice and hate while purgatory fills the world with flames of tyranny and betrayal. In Wraithwood the Queen is abducted as a mysterious journal in Var Libra hints at both the creation of the world so long ago and the destruction of it so close to the present.

Hellion and Fire must do the best they can amid all of these waves that are about to crash onto the Clans. As the climax draws closer, they both wonder many things. They wonder, that when the last secrets of Var Libra are exposed, when the last cities have scattered their ashes, when the last echoes of a world at war are silenced and when the last breaths of the Clans are drawn…