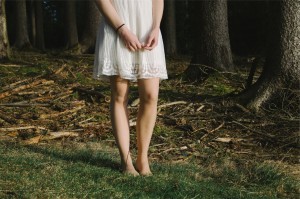 Ella is from a very small town in Alabama. When she is not day dreaming about her next story she spend most of her time caring for a Tiny Tyrant and her furry best friend, Mutt. Her house and her electronics are cluttered with books she’s read, books she’s reading, and books to be read. She also pretends to be a housewife in her spare time, occasionally cooking and cleaning for a wonderful husband who never complains. Writing and reading are her two biggest passions other than pretending to be a T-Rex princess pony that can only eat pink Starburst with her little one. Ella also uses movie quotes and song lyrics constantly in conversation and freaks out/passes out at the sight of slugs. 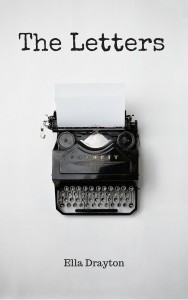 Birmingham Police Department. Everything seems fine in her world until her ex-fiance, Keaton Maddox walks back into her life. She’s ready to start a new life with Keaton but he’s also got a pregnant girlfriend working at his restaurant. Things at work start heating up for Brodie when someone decides to send her love letters at work. These aren’t your ordinary love letters, though! These letters leave clues for Brodie to find bodies of her admirer’s victims. Who could be sending these letters and why do they want Brodie to find the bodies?

Book Review:“For me, the mystery within The Letters carried just the right amount of weight. The story was well paced, offered plenty of provocative details to keep me enticed, and happily kept me guessing. Pacing is an important detail for me as a reader; based upon the pacing of this book, I look forward to reading more by Ms. Drayton.” – Cary Ellen Kramer
“I liked this book. It overcame something of a hurdle I’ve had in enjoying mysteries for a long time: patterns of clues and behaviors that don’t hold up when you consider that cell phones and the Internet both exist. I’ve often worried that the onward march of tech was going to lead to the end of mysteries of the kind I used to love, but I’m now reassured that the art of writing good mysteries is alive and well.” — John Blackport

“Shove that key up your ass.”

I heard the phone go dead and then my front door opening. Walker had been my best friend since junior high. I had given him that key after my husband, Grayson, had been kidnapped and killed by a man who had been stalking me. His body was found on our fifth wedding anniversary.

I decided since Walker was already in my house and there was no chance of going back to sleep, I might as well get up off the couch. I walked into the bathroom and flipped the switch nearly burning my eyes with the fluorescent light that flooded the room. As I was about to brush my teeth, he appeared behind me in the mirror. Walker, who was a chubby kid in high school, had become a muscular gym rat. He traded in his shaggy brown hair for a bald head, stopped fighting the beard that kept trying to grow (he kept it very closely shaved, however), and wore most of his designer clothes so tight that you didn’t have to imagine what that muscular body might look like without them. At nine forty-five in the morning, he looked like an Abercrombie model in his light pink button down shirt and faded jeans with the holes strategically placed down the legs. I looked like shit.

“Who left your cage open?”

“I was just wondering how you comb your hair so the horns don’t show.”

“Gee, you’re hilarious. Have you ever thought about doing stand-up? What do you want? This is supposed to be my off day. As in, I’m off from everything. I do not exist to the rest of the world. It’s just supposed to be a ménage trios between me, the couch, and my TV.”

“A ménage, huh? I didn’t know you were into such kink. I could make that a lot more fun for you, you know?

“Oh, Walker,” I said between strokes of my toothbrush. “I’m not your type, sugar. I’m not inflatable.”

“I wish there were words to describe how much of an ass you are.””

“There are. They just aren’t covered in ‘Run, Spot, Run’ so you’re not familiar with them.”

“Ha Ha. Wash your face and let’s get something to eat. My treat?”

My eyebrows shot up and I stopped wiping my mouth on my towel. Walker was apparently up to no good. He never offered to pay for anything unless he was trying to talk me into something or sweeten the blow of something he’d done. He’d purchased my senior prom dress and brought it to my house in the hopes that I wouldn’t be pissed at him for breaking my date’s nose two days before the prom. I can also remember two separate occasions that he paid for a weekend vacation at the beach to make up for backing into my car and for setting my custom built shooting house on fire. The stories of how these two instances actually came about were still kind of vague. Needless to say, Walker was an accident waiting to happen and believed that money could smooth anything over.

“Your treat means something is up.”

“You always were a smart one. Hurry up.”