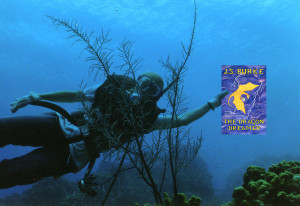 I have worked as an artist, chemist, teacher, and as a marine biologist, studying creatures of the dark abyss and diving on coral reefs. I toss lightning with dragons and quest across the sea. I’ve published five marine research papers, two hands-on chemistry books for children, one art/science activity/coloring book, and one science fantasy novel.

I was manager of a marine research program for the Florida Department of Natural Resources. I have degrees in Math, Science, Marine Science, and Education, with certification to teach Math, Science, Middle Grades, and Gifted.

I have a free math/science/art lending library for local teachers and homeschoolers with my books and classroom sets of crystals, kaleidoscopes, shark’s tooth, etc. Crystal Geometry has hands-on activities that use the angles of beautiful crystals to explore chemistry and geometry. Crystal Colors has math and science activities with shells, crystals, and a huge fossil shark’s tooth. Other writers shared their craft knowledge with me; I have passed this along with constructive reviews and occasional edits for other authors. 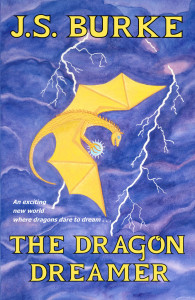 and an undersea world, layered for readers age 9 to 99. A secret gift. An unlikely friendship. A dangerous quest.

Arak is a misfit, called “Dreamer” and tormented by other young dragons. Determined to prove himself he leaves on a dangerous quest, is caught in a fierce sea-storm, and crashes on ice. Wounded and alone, he faces death. Then a fearless, undersea shape-shifter named Scree heals him, and an unlikely friendship begins. When an undersea volcano erupts it triggers a towering tsunami and a deadly chain of events. Can Arak use his unique talents to save the dragons?

Book Review by Maranda on Amazon

I really enjoyed this fantasy journey. The plot was good, filled with lots of action and excitement to keep things moving along, but my favorite things about the book were the characters and the author’s gift for detail.
To me, characters are what truly make a book engaging, regardless of the genre, and I immediately found myself invested in Arak and Scree. As the book went on, many other characters appeared but I think Arak and Scree remained my favorites throughout. I have always been fascinated by “healers” so that element about Scree appealed to me greatly. I found it kind of unique to have an octopus as a main character in a fantasy book about dragons, but I felt that it worked well.
As for the detail, I mention that because the author truly has a gift for painting scenes with words. I love books where I can really picture what is going on in my head and for some reason, that definitely worked for me with this book. Even though this book is technically a middle grade fantasy, I think young adult and adult audiences would greatly enjoy the tale as well!

“Please be careful.” Orm’s arms curled and uncurled with anxiety. “It’s not safe to be alone, away from the pod.”

Scree sighed. It was unnatural to travel alone. Most octopi appreciated the security of a village, with its seafood farms and sturdy dens. Each spring, many thousands of octopus eggs hatched. The tiny hatchlings drifted far from home on sea currents. Few survived. Orm was a young juvenile on the return migration when a shark tore by and killed all of his comrades. Scree still saw the haunting memory in his eyes. He could not believe that anything she found was worth the terrible risk of exploring. She twined two arms affectionately with her mate. “Your research can be done here, but I must leave to gather healing supplies.”

Orm handed her a large pearl. “For luck.”

“A black pearl . . . that’s new. It’s beautiful.” She placed it in her bag and looked into his eyes. “I will be careful.” Scree flowed away into the darkness.

Scree pulsed through the inky dark waters toward the starlit surface, seeking rare items for her healer’s bag. She also sought solitude and the magic of the stars, which shone in their full glory during the new moon. Few octopi ventured so far from home. Fewer still risked the dangers of a journey through open water, with no place to hide.

Scree twirled beneath the starry sky. Then she headed for a small ice floe that she’d found earlier, where a weathered branch protruded.

A golden streak seared the dark sky. A falling star! Her eyes widened as it plunged toward the small ice sheet, growing to the size of a shark. The crash shattered the night, rocking the ice and almost knocking her off her log seat. The star flopped, in a very un-starlike manner.

Scree had never seen anything like it. She instantly camouflaged, changing her color to match the log perfectly. Scree could stretch about two feet across between the tips of her arms. But this frightful, alien creature must be at least eight feet long and it had gleaming sharp claws. She trembled and flowed away, matching the log as she moved, invisible.

Scree glanced back, ready to slip into the sea, hanging by the tip of one arm.

Scree stopped. It looked more dangerous than a shark, but it must have been injured in such an incredible fall. She felt the weight of her healer’s bag, and the responsibility. She struggled to look beyond the deadly claws, noticing instead the crimson splashes of blood that stained the snow.

Scree rippled back onto the branch.

“Like” my Facebook author page from your home page (or like three posts on my author page if you’ve previously liked the page) and leave a message here: https://www.facebook.com/pages/Jenny-S-Burke/721518861218158?ref=aymt_homepage_panel You will be entered into a random drawing for one of THREE free kindle copies of The Dragon Dreamer. Winners will be contacted within three days after the event.
See additional Giveaways for the Brain to Books Summer Blog Tour here at Lu J. Whitley’s site!