After several years with the Royal Military Police, Ryan Guy was attached to the SIB

(Special Investigative Branch), the plain-clothes branch of the RMP. He left the military in 2003 and has been working since then in the civilian security ind– wait a minute– this is someone else’s made up backstory for their pseudonym, and it doesn’t add any credibility to the themes addressed in Atomic Aardvark. Let me try again.

In his youth, Ryan Guy was raised by a feral pack of aardvarks which roamed the Midwest, particularly the upper climes of the Rocky Mountains. His tenure with the nomadic animals was his inspiration for Atomic Aardvark. ‘Ryan Guy’ is a pseudonym because people tend to butcher the name his aardvark clan gave him– a name which, unfortunately, cannot be accurately represented with any combination of ASCII characters.

Author Accomplishments: In addition to having written a book, Ryan Guy contributes to the online website YA Love Magazine, where all things YA (including Indie Books) are discussed.

The good, the bad, and the Surly.
Q. What do you get when you cross an aardvark, a skunk, and a couple of star-crossed lovers with technology and a series of cataclysmic events?
A. Atomic Aardvark– An exciting, comedy-action-suspense-with-a-little-bit-of-romance fantasy novel. Guaranteed to be the best one I’ve ever written. Read it! It’s better than this summary. Much longer, too.

To simply say I adored Atomic Aardvark is an understatement. I’ve never read anything quite like it. And I never

expected to be reading in an animal’s pov, let alone two of them, but it was done extremely well! The flow between all points of view was seamless and the mini cliffhangers at the end of each chapter were expertly done. The writing it witty, humorous, and flows so well I was immediately immersed in this surreal world. The characters had depth and distinct individual voices that I am a stickler for. My only complaint would have to be that I craved more physical detail during some scenes, but this fast-paced funny bone tickler does not disappoint! – K.D (review posted on Amazon.com)

Connect with Ryan and his Aardvarks 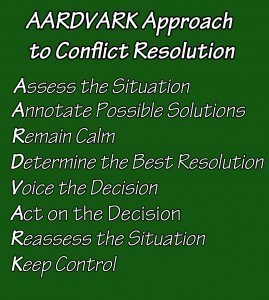