Posted on January 3, 2014 by Christie Stratos

Have you ever read a book you just couldn’t put down? One in which there is so much action and tangled-up relationships that you end up reading it in no time at all? Mix that with warrior angels, demons wearing human skins, and Earth as we think we know it, and you’ve got Hanna Peach’s Dark Angel series. So far three books from the series have been published and every single one has been unique and exciting.

Between writing the fourth book in her series, Angelblood, and starting a brand new, completely different series, Bound, Hanna took the time to answer a few questions about her writing, her sudden move to Europe, and her memorable characters.

Have you planned out each of the books in your Dark Angel series? If so, do you have an outline for the entire series and where it’s going? Or do you plan each book individually without the next one in mind?

Yes, I have planned out the whole series. Not every little nuance and there is always flexibility for the story to take a different turn, but I do have an outline for each book and I know how it ends.

How many books are you planning in the Dark Angel series?

Six books. However, I have been getting some questions about other secondary characters such as Vix and Symon. I admit I have roughly written out their backstories during a character development exercise I did a while ago, so these might end up being standalones. Maybe.

I used to label myself as a “fantasy author”, but I have since let go of this limiting label and now I just write wherever the ideas take me. My next book release, for example, is an adult romantic suspense called Bound by Lies. A far cry from Dark Angel which is young adult urban fantasy. It’s about the story first. Genre is an afterthought merely to help readers (and retailers) categorize the book.

I have seen my stories described as a “tapestry”. My urban fantasy series has web-like plots and multiple points-of-view which you don’t usually get in urban fantasy, this being more of an epic/high fantasy trait. I like this element of high fantasy, but I personally like the faster pace of urban fantasy. I guess this is why I have combined them in my stories. I write what I want to read.

Ha ha, of course. Art imitates life. Most notably, the men I have cared for throughout my life make up the pieces of Israel and Jordan – snippets of the romance have been taken from my past. I gave Alyx a few issues that I personally struggle with, specifically her fear of rejection and her thinking that she needs to do everything by herself. And Tobias has been taken from my very dear writing mentor Bryce Courtenay (RIP). His very first words to Alyx are the very first words Bryce said to me: “Come now. I know we are going to be great friends, so why not start now.”

What made you decide to pack your bags, move to Europe, and become a writer? That’s a huge risk to take!

From my perspective, the risk was in staying.

Moving overseas and travelling was always something I knew I would do. But my plans were never concrete. The final decision of when and where, I felt, was made for me. Within a 48-hour period just before Christmas 2012 I found out that I was being made redundant from my job, I got a notice that the lease on my flat was ending, and I received a call from my father to tell me that he was getting re-married and would I come to the wedding in Berlin.

That said, I wasn’t silly or unrealistic about things. My first book had been released and I was already working on my second. I had been saving and building up equity in investments for years, so I knew I had a financial buffer to support me until I made it work. Everything just felt right. So by early February I was all packed up and on a plane.

I see two elements to that question.

The writing side of things for me is like a hunger, so it doesn’t take inspiration for me to sit down and tap away. I need to write like I need to eat.

But as for what inspires my ideas … I don’t know. Sometimes the ideas just come (like Bound by Lies). Sometimes the ideas build from a really intriguing “what if” (like Dark Angel – what if angels lived among us?). Whatever I write, I write because I am compelled to do so. I can’t answer why.

Yes, I am part of a group called The Sunflowers. We are made up of some of Bryce Courtenay’s ex-students. I love the support and togetherness that comes with being part of this group. Writing is a solitary business, but in having The Sunflowers, I know I am never alone. If I ever get stuck I can ask for help or advice from these guys and within hours I get such love and support back. They especially helped me through writing Dark Angel Book 3 – I had a moment when I thought that everything I wrote was horrible and laughable and I just wanted to quit. These guys helped pull me out of my “pit of angst” and I love them dearly for it.

There is some political edge to the names you’ve chosen for your main characters (i.e. Alyx, Israel, and Jordan) and their relationships to each other. Was your intent to make a political commentary?

Would you believe me if I said I liked the names and they seemed right? Perhaps subconsciously there was a reason I chose those names. I will admit that there is a great deal of symbolism in the books. It saddens me that there are people who will tarnish an entire race with a single brush. The angel/demon good/evil mythology is a representation of this. But the story comes first. Always first. Readers don’t want to be lectured, they want to be entertained. Bryce taught me that.

So there are two answers to this question for me.

Romantically speaking, I would want to write on top of Enid Blyton’s Faraway Tree, so I could watch different worlds and people and things travel past me. Or on the balcony of a remote rainforest retreat, perhaps in the Peruvian jungles. It sounds fabulous, doesn’t it? But I wouldn’t get any writing done!

Realistically, if I want to be productive I need to write in a comfortable chair with an ergonomically setup table and desktop computer in a room with no windows but with good lighting. A writing cave. The more exciting and interesting my location is, the less I will be inclined to use my imagination. The space needs to be a blank canvas for my ideas to project onto. This sounds boring, but it works best.

Check out the teaser for Bound by Lies on Hanna’s website: 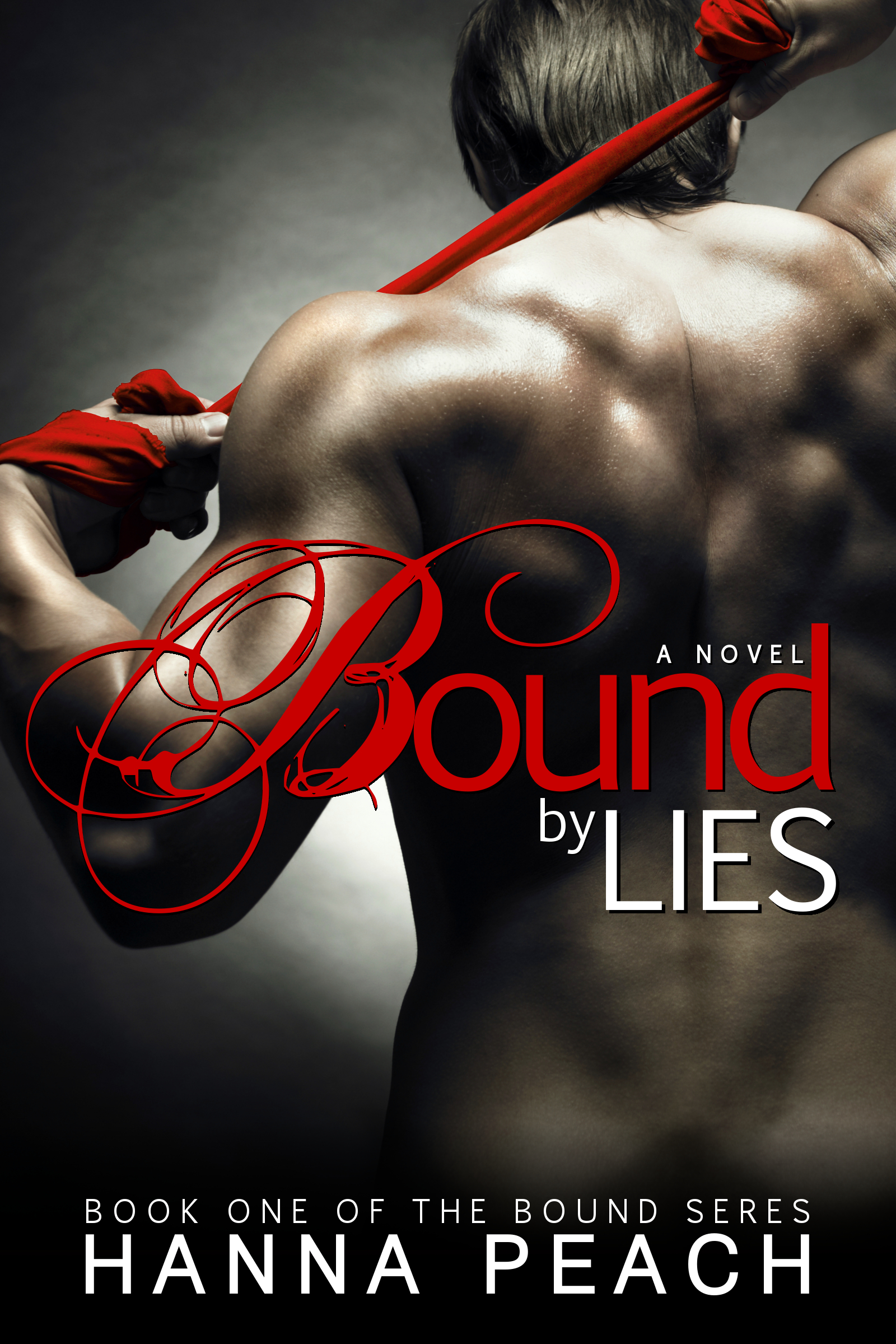