What’s next on the map: WIP – Guest Post by James Quinn

I had the pleasure of meeting Get Down With The Awethors participant James Quinn a few months ago and was impressed by his novel, A Game for Assassins. What’s so impressive about it? He has the actual experience in the subject matter: covert operations and other James Bond-type things. To me, this makes his novel much more real and therefore all the more enjoyable.

I have to confess (and please bear with me as I’m new to this whole writing game, so no sniggering, you guys) that up until recently I thought that WIP had something to do with a wireless internet connection. And no, I’m not making that up…

I’d see people on various forums and FB groups banging on about “WIP this” and “WIP that” and “Oh my WIP is just on a downward spiral.” Poor woman, I thought! Eventually I figured out that it means a work in progress and it all became clear. So the next step along the path, the next big novel, the next project – right I got it now. It sounds nice. Then one of my friends commented that now that the first one was done I should really start on book 2. Errrr…I was so focused on getting the first book finished and into print that I hadn’t even considered getting to work on a follow-up book! Jeez – I’ve got to go through all that AGAIN! 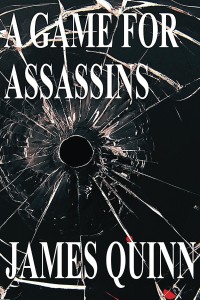 publicity for the first book. I had always had a plan that the “Gorilla Grant” books would be a 5 book series, charting his adventures and history from the 1960’s up to the present day. Hopefully, if readers take to the character and enjoy the books, that will come to fruition and we can see where the characters from the first book will be a mile or so down the road of time.

A Game for Assassins is what I would class as my Cold War novel. The character of Gorilla Grant, though, is able to transcend that period in history and move around into different locations and adventures. For example the follow up book – SENTINEL FIVE – takes place in the underbelly of Asia and has a very different feel to it. In fact I’m kind of curious to see how Gorilla survives in these environments.

My (rather naïve) idea was that I would finish the publicity for A Game for Assassins, have a summer vacation and then in the autumn move on to starting with book 2. Nice and clean. A bit like leaving one girlfriend, having a period of being single, before moving in with girlfriend number 2. Unfortunately life doesn’t always go along with our plans and I have already started upon my current WIP.

Is there a right or a wrong time to begin a follow-up book? Should writers take a break before committing to another work? I’m not thinking of the time between To Kill a Mockingbird and Go Set The Watchmen length here, but enough to give a fresh perspective to an existing set of characters. Perhaps we should go totally off track and try something else? I confess that over the weekend I began to work on a short story totally unrelated to anything else that I have written before. I found it quite refreshing. A change is as good as a rest and all that.

So what do you think? How do you think the characters from A Game for Assassins will develop and change, and where will they end up? I’d love to hear your thoughts. 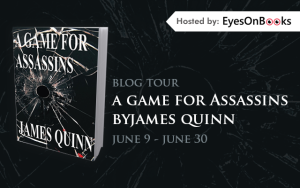 It is 1964, the height of the Cold War, and British Intelligence is riding high with its top double agent network: Constellation.

But in the secret war fought across Europe the enemy is never far away and soon the agents of Constellation are targeted by an unknown team of assassins. In desperation British Intelligence sends in their best agent to protect the network and hunt down the killers.

But “Gorilla” is one of the best “Redactors” in the business. He’s an expert at close quarter shooting: quick to the draw and deadly accurate when it comes to the elimination of traitors and extremists on behalf of the British Secret Service (SIS). He is soon drawn into a game of cross and double cross where nothing is as it seems and even the most perfect spy can die in a wilderness of mirrors.

A Game for Assassins is an action packed edge of your seat thrill ride played out across the global stage of the Cold War.

He is trained in hand to hand combat and in the use of a variety of weaponry including small edged weapons, Japanese Swords and Hunting Bows. He is also a crack pistol shot for CQB (Close Quarter Battle) and many of his experiences he has incorporated into his works of fiction.

2 Responses to What’s next on the map: WIP – Guest Post by James Quinn