‘You should write a book…’ Guest Post by Maurice G. Miller

A few months ago, I had the pleasure of being consulted on a new author’s debut book cover. We exchanged a few messages on Goodreads and ended up talking quite a bit more about writing and publishing. Maurice Miller, author of the recently released The Budapest Experiment, is an active, sociable writer you’ll want to get to know. Why not start here?

When sharing life experiences that are perhaps out of the norm, interesting, or compelling, how many of us have heard the phrase ‘You should write a book…’? Having always considered taking on this challenge, I finally decided to dedicate myself to this monumental task. It has been a long, interesting journey so far, and I look forward to both the trials and successes to come as I continue on my writing/publishing career.

In the early 1990s one of my entrepreneurial ventures led me to working as a trade consultant in Hungary. At that time, the country was transitioning from a state to market economy and offered many business opportunities. In the 2+ years that I travelled there, I met lots of characters in both the business and political arenas. The Budapest night life could get quite crazy at times, if your ‘meetings’ and social engagements led you to certain places. For me it was always interesting ‘playing games with the faces’, as Simon and Garfunkle would put it. Sometimes my colleagues would identify people in a crowded room, saying ‘I heard he is associated with the Mob’ or ‘she is one of the Organization’s women.’ It was these real life experiences that inspired me to write my debut fictional novel, The Budapest Experiment.

The book follows the journey of the protagonist, Michael Rousson, an adventurous but struggling American entrepreneur. While Michael shares a lot of the same traits as I did 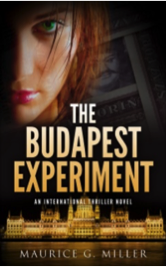 back then, most of his experiences in Budapest are quite different than what mine were. In the course of doing business he eventually becomes involved in the Russian Mob’s business operations that were centered in Budapest. Enticed and seduced by the Organization’s women, money, and power, he accepts what he thinks is a part-time consulting position with the Mob.

Inspired by things I dealt with back then, philosophical dilemmas evolve as Michael gets a remote glimpse into the darker worlds of sex, drugs, and arms trafficking. ‘At what price does one sell their soul?’ and ‘What is the greater evil in the world? Those that profit from the vulnerable in society, or those of us that just stand by and watch, complacent to the plight and suffering of the human condition around the world.’ The experiences and encounters that the protagonist endures in the book are fictional and extreme, but these questions are ones that we face ourselves, to some extent, every day. How much of our resources of time, treasure, and talent do we allocate to those less fortunate vs. what we keep for our own benefit and pleasures?

On what you might call a lighter note, I should mention that there are erotica scenes in the book. As a newbie author, my decision to include these was a bit of a struggle. I considered glazing over these scenes, but in the end I felt it was important to capture the intimacy between Michael, the ‘Mob women’, and a flirty interpreter. My hope was that by including the details of these encounters, readers would better comprehend the internal conflicts of the main character as well as familarize themselves with the behind-the-scenes life stories of the women he encounters.

Special thanks to Christie for inviting me to guest blog. 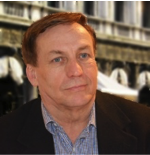 The Budapest Experiment is now available in Print and Kindle eBook. You can check it out here: http://amzn.to/1z1g09v. There are 3+ chapters in the ‘Look Inside’ feature on the Kindle page to help you get acquainted.

You can gets lots more info including my author profile, blog, entry to win one of 15 free eBook copies on June 1, social media contacts, and much more by visiting my website www.mauricegmiller.com.

For those of you on Goodreads, be sure to watch for my second giveaway of 3 authographed author copies starting on Friday May 29. You can check my Goodreads author profile http://bit.ly/1DO6y6k and while you are there please send a friend request.

2 Responses to ‘You should write a book…’ Guest Post by Maurice G. Miller