Book Launch: Living in China as an American

Posted on December 10, 2019 by Christie Stratos

Ever wonder what it’s really like to live in a country with a culture and language utterly different from your own? Author Aldo Quintana has done just that, and he shares all the details of his experience without sugarcoating it. In a fascinating dive into what it’s like living in China as an American, Quintana deals with finding an affordable and clean apartment in Shanghai (harder than you’d think), the best apps for living in China, how to get around China’s internet restrictions, getting around the language barrier, and so much more. Pick up The Twists and Turns of Living in Shanghai to feel as if you’re living in Shanghai, China without having to travel.

From getting a Z visa to daily price negotiations, from dating to work life… 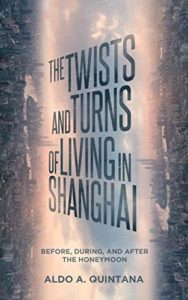 June 2019) in China’s largest city. We’ll encounter the trials and tribulations (both conventional and unconventional), which textbooks and colleges don’t prepare us to wrestle. In fact, there’s more Yang (chaos) compared to Yin (order).

If stories about quitting a job to experience wanderlust or preaching the perks of living abroad are what you’re craving, well, you won’t find it here. Now if reading stuff that makes eyebrows raise, to say, “What the f***?” and causes some chuckles along the way is your cup of tea, then I welcome you to taste my batch. We’ll explore the other side of the coin: the things we don’t see or hear about on social media posts. In this book, it’s the twists and turns of living overseas with twenty-four million people in Shanghai, China. 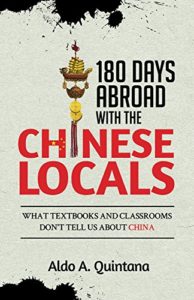