Immediately a #1 Amazon new release, Jerry Miccolis‘s nonfiction memoir The Boys of Late Summer is at once inspiring and entertaining, a book to read more than once for motivation, fun, and comfort. Don’t be fooled by the softball topic—this book is uplifting and enjoyable even if you’re not into sports at all.

Twelve men, well past their prime, are on a sacred quest for one more shot at a slim slice 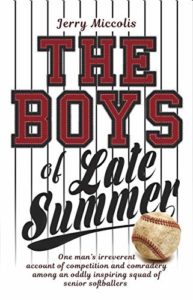 of glory: winning a prestigious softball tournament against a bunch of equally time-ravaged old codgers from all across the country.

Join this spirited squad of sexagenarians, the Jersey Boys, as they trek to the famed Cape Cod Classic, play like pros (well, play their hearts out, anyway), bond like brothers, and teach each other a thing or two about life along the way. Meet crafty Jimmy, the Machiavellian mastermind of sundry clandestine enterprises; bombastic Howie, the irrepressible clown prince and erstwhile mime; silent Steve, the research chemist recruited by the Mob; and gentle John, the patient, paternal pastor who could snap you in half if he had to.

Root for them and the rest of this dauntless dozen as they battle creaky joints, reconstructed limbs, weak bladders, self-doubts, insult, injury, gravity, and Father Time. In defying the odds, the clock, and their own limitless limitations, they illuminate a profound truth: in softball, and in life, it’s never too late.

“Jerry Miccolis has written a warm and delightful book on tournament-quality #softball and unexpected lessons he took from playing it as a senior.” – Amazon reviewer. https://amzn.to/3in8uic #readingcommunity 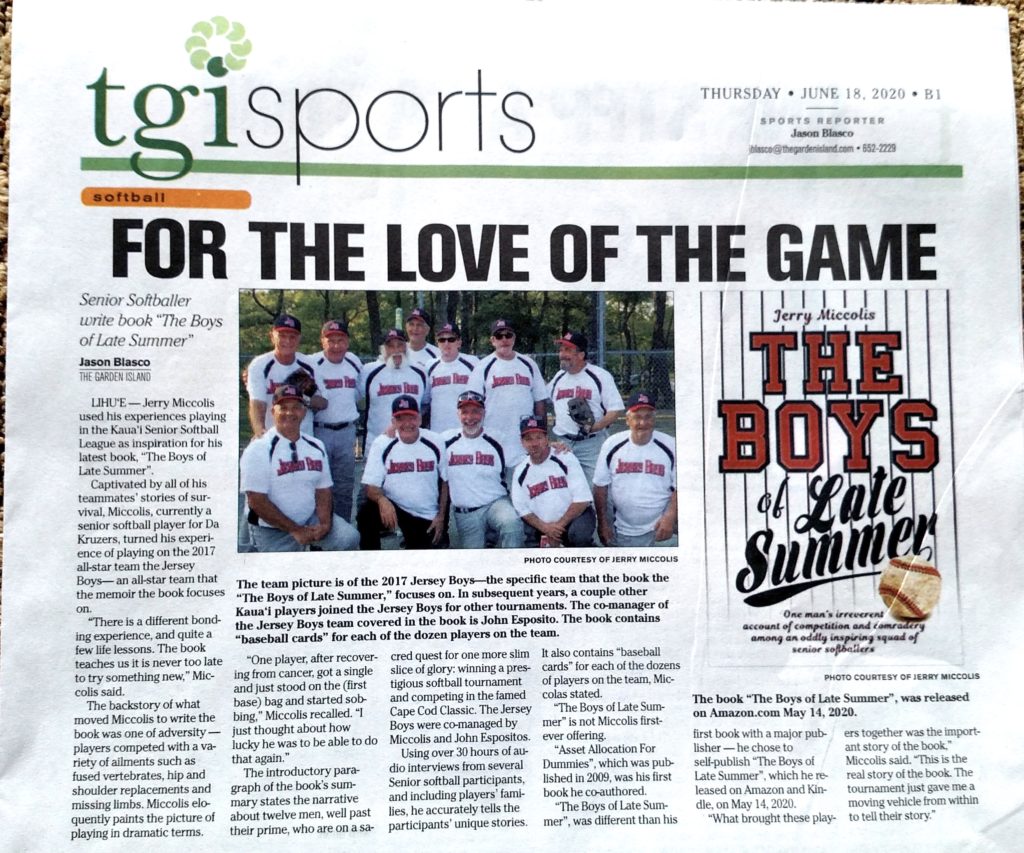