Intention vs. Reality in Writing

“But Your Honor, I intended to help that little old lady across the street. Her purse handle just happened to loop over my arm, and I didn’t realize it was there until I was several blocks away and that cop tackled me!”

Do you think any judge in the world would believe that statement? More importantly, do you think he even cares about the thought process or supposed intention the defendant had? No? Well, the same thing goes for writing – readers are your judges, and they don’t know or care about your intentions, they only know and care about what’s actually written on the page.

And since the only reality your readers know is what they read, you have to make your intentions perfectly clear in the written word. Readers can’t stop to think about what you 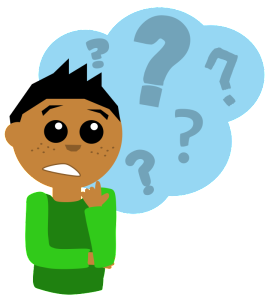 may have intended when a scene or sentence doesn’t quite make sense or fit with a character’s personality or situation. Nor should they have to. And they’re not mind readers either.

Sometimes when we’re writing, we’re so in touch with our characters and their situations that we don’t clarify our intentions in a scene well enough.

Have you ever had a teacher whose lectures could only be understood by someone already knowledgeable in the field, while those of us on the “outside” couldn’t grasp their meaning? Or read instructions that skipped over the details and assumed the user would just “get it”? I think we’ve all experienced at least one of these things; personally, I’ve been on the receiving end of both. And it’s very frustrating.

Writers hire editors to take an objective look at their work before it’s published – at that point, the editor is one of your first readers, so if something is unclear or confusing to her/him, it will most likely be unclear to your future readers as well.

An editor’s job is to point out these problems within a story and suggest a better way.
A writer’s job is to take that point constructively and seriously consider the possibility that it needs modification in order to be easily understood or fit with the rest of the story.

But sometimes a writer is so married to their work that they become defensive about every line, even saying that they think readers will understand their intentions that aren’t written or just allow for incongruous scenes. If you, as a writer, hear yourself saying that, STOP. While the final decision always belongs to the writer as to how the book is written, it serves your book – and your readers – best if you consider the possibility that your intentions are not coming across in your writing.

The upshot: unless you’re writing experimental literature in which readers expect and want to spend time figuring things out, your words need to clearly convey your intentions, not suggest or skirt them.

2 Responses to Intention vs. Reality in Writing