Why Freelance Writing is Your Creative Writing Inspiration

One thing I’ve noticed about the writing world – it likes to separate itself into groups. I’m not talking about genres. Two of the main groups I’ve noticed are “Writing for Hire” and “Creative Writing”, and members of each can sometimes cast disapproving glances at the other.

Though it may seem that never the twain shall meet, they do…if you look at your paid gigs through creative eyes.

I’ve had about 1,000 articles published, most of which are in print publications, but a couple hundred are in either online publications or publications that are both online and in print. I can safely say that only a scant few of all those published pieces are completely devoid of fodder for my fiction writing.

When I was writing feature newspaper pieces, I had an assignment to interview a man who trains guard dogs. The focus of the article was not only to discuss his business and how he happened to get into it, but also how people could train their own dogs in property protection.

Well, you just never know. And that’s one of the things I love about freelance writing.

While heading to do the interview, I had to double check the address when, in an upscale suburban town, I turned my car into the one and only driveway that looked like a jungle, completely enveloped by overgrown trees, vines, and shrubbery gone wild. I could almost hear the call of macaws and the roar of lions. The entire property was isolated by quite a few acres of “jungle”, so there were no immediate neighbors.

When my car emerged from the long, overgrown driveway, I was greeted by the sound of deep, angry barks coming from huge, muscular dogs in crates; none of them looked happy to see me. Their crates were scattered on the hard dirt ground around a small red ramshackle house that had seen much better days.

I was terrified to get out of my car. I had arrived on time, so I waited for my interviewee to 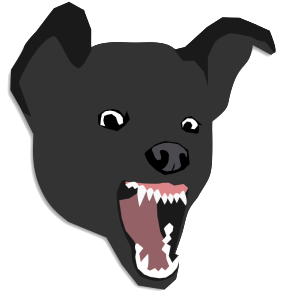 come out of the house, since his living alarms had all gone off and were making more of a racket than Fourth of July fireworks.

But no one came out, so I called him from my cell phone. He laughed and told me I didn’t have to worry about the dogs, but I wasn’t buying it – they hadn’t taken their eyes off me and looked like they wanted to tear right through the cage bars to get at my throat. He laughingly agreed to come out.

His appearance shocked me. He was about ninety years old and on the frail side, with unkempt flowing white hair, a worn red plaid shirt, and jeans from 1950. He didn’t look like he could stop an ant, let alone stop one of those massive dogs from attacking. I figured we’d talk about the dogs (quickly), tour his training grounds (very quickly), and I could get the heck out of there.

He escorted me between the cages and into the house, despite every one of my own internal alarms going off. The rooms were tiny, outdated by decades with torn furniture, and there were yet more cages with hundred-pound dogs growling and barking. These didn’t seem like trained guard dogs – they acted more like hungry attack dogs.

That isn’t the end of the story, but you get the idea.

This and many other interesting situations (thankfully not as dangerous) happened regularly in my life as a “writer for hire”. The possibility for storylines, subplots, and quirky characters is endless, even when you interview people and write about situations that aren’t as extreme. So many things can be discovered during interview conversations that it’s an endless supply of behaviors, quirks, language use and misuse, habits, surroundings – the list goes on and on.

So don’t turn your nose up at freelance writing to supplement your income as a fiction writer, just view it as living, breathing fodder for your novels…that you’re getting paid to discover.