Action, danger, political corruption – you can’t find a better book with all these things than Charlie Moore’s Against The Clock. It gives the TV series 24 a run for its money. You won’t be able to stop reading it. You’ll find yourself sneaking in a few pages before your meeting starts and even at stoplights. I wouldn’t be surprised if you faked a sick day just because the suspense is killing you.

Much like the book itself, I’ll get to the point. Charlie Moore took some time out of his busy writing schedule to answer a few interview questions. I hope you enjoy “meeting” this outstanding author.

Yes, this is my first feature novel. As you know I had been ghostwriting for a while before writing this book, and the whole time I had the intention of writing my own novel and releasing it. I just didn’t know when. In the beginning Against The Clock was meant to be a short novella, just a warm up and a bit of fun before I started a nonfiction drama story I had wanted to write about for a while. But as I started fleshing out the story, the characters started to grow, and before I knew it, it became something so much more. From conception to getting words on the page was only a few weeks. A lot of the research for the characters and the scenarios they were thrust into was already done through life experiences, and those that weren’t, I dived into it while I was writing. That made the process interesting and organic.

This book is the first in a series. When can we look forward to the next book being published?

Without giving away any spoilers 😉 this book is the first in a series. I have four books for Shirin Reyes conceptualized, with the next two at different stages of planning and mapping. It was my intention to release the next Shirin adventure in March of 2015, but as a result of such great feedback and pressure from fans of Against The Clock, I’m doing my best to have the next book released before Christmas this year. Fingers crossed!

As a ghostwriter I wrote primarily in nonfiction. And there are a few nonfiction stories I really want to tell, but my passion is definitely wild, crazy action thrillers!

There are so many great writers in this genre! Standing out in such great company isn’t easy. I’ve tried to give the reader a lightning fast, slightly crazy thrill ride, and I’m hoping the pace of the book and the characters in it are enough to excite my readers to keep coming back for more.

For sure! I’ve kind of pilfered my experiences and the people I know for all the best and worst things about them, thrown them into a tumbler of scotch, added some ice, a vigorous stir, and gulped it down. One thing is certain, I’ve never knowingly met anyone like the character Smith. I probably wouldn’t be alive if I had…he is one scary dude!

All my family have known for a long time that I was determined to be a professional writer. It’s been a burning need for over twenty years. It was the reason and motivator for many of the life decisions I’d made; travelling, becoming a Private Investigator, learning and competing in martial arts, learning how to use a gun and different weapons training and so on. It was very hard to hide that kind of enthusiasm! So while my closest friends and family knew, it’s not something I had actively talked about throughout all my other professions. So even now when I bump into old friends or colleagues, they’re shocked when I tell them what I’m doing now.

Inside my head is like a weird Scrubs episode. Out of nowhere a full scene or daydream just hits me, and it’s like I’m watching a movie, the details are so vivid. And that’s just how it is. Actually that reminds me of the movie with Ben Stiller, The Secret Life of Walter Mitty. It’s kind of like that. And incorporating these moments into what I write is just so much fun!

No, I’m not part of any official group. I am friends with a lot of writers, and we talk over coffee or on Facebook, for example, and share some of the experiences we’ve had. Having a sense of community and support is very important for anyone, and I definitely appreciate the community I have growing around me.

That’s a really good question. You’ve got me reflecting… For Against The Clock I used a combination of everything you can think of. I started off using a great mind map app on my iPhone, and later purchased it for my PC. Using that I mapped out the bulk of the book. But then there were moments where the story or the characters just took the book in a new direction, or when the direction I had mapped out just seemed to suck and I had to wing it and write as it came to me. I think with the complexity and pace of my book there had to be a clear theme, continuity of events, characters and storyline, or the reader would disconnect from it. For me it worked perfectly to have it mapped out and then sprinkled with spontaneity every so often.

Have you done any research on police and their procedures (or any government factions) for your books?

I have. As a Private Investigator I had a lot of interactions with police officers of varying position, and with a lot of other Private Investigators. It was such a rich world of experience for me! I had to follow people and learn how to do it without being spotted. I got to learn how to investigate a crime, even worked on a homicide case (later identified as accidental), I was involved in car chases, and one day when I got lazy, the person I was charged with following spotted me and chased me with a baseball bat. I’ve had a knife pulled on me, been forced to defend myself, and even ran like hell when I had to! In my line of work as a thriller action writer, where else could you get resources to work with like that?! For Against The Clock, though, there was a lot of other research I had to do, like the holding cell and interview room scenes, etc. I really wanted to get these things right! I wanted the fight scenes to be real, the speed and ferocity of them to be like it really happens, and the same for the gunplay. I also wanted there to be legitimacy to police procedures and spy craft portrayed throughout the book. Readers are intelligent, especially those that read my genre, and for them I made sure to get it right. I worked closely with police consultants throughout the book, and I’d like to think that rings true throughout the pages. And now that I’m working on the next book in the Shirin series, I find myself diving even more vigorously into the research.

Do you read the kinds of books you like to write? Do you watch movies similar to or the same genre as your writing? This is especially interesting since your book is comparable with the extremely popular TV show 24.

Definitely! I write the kind of book that I love to read, and love to watch. It’s a passion for me. Hopefully that comes through in the gusto that I write my thrillers with. And the likeness to 24 is incredibly flattering. I love the show! To be honest, I’ve been so busy the last few years, I haven’t seen the last two seasons, but I’m keen to square away some time and have a 24-a-thon. Speaking of 24, I understand that one of my favorite writers of all time, Vince Flynn, was involved with a number of the seasons creatively. Vince Flynn has sadly passed, but there are talks of his books being translated into films. That would be a dream for me one day. I’m told Against The Clock is easily visualized as an awesome movie – I’ve even had a screenwriter approach me to discuss reworking it… I won’t hold my breath, but I am crossing my fingers and toes.

Hmm… In my mind I keep escaping to an old farmhouse-style cottage in the middle of the European alps, white snow as far as the eye can see, a fire burning, my feet up, and a laptop being tapped away at on my lap… Ahhh the dream…

Be sure to check out Against the Clock – you won’t be disappointed: 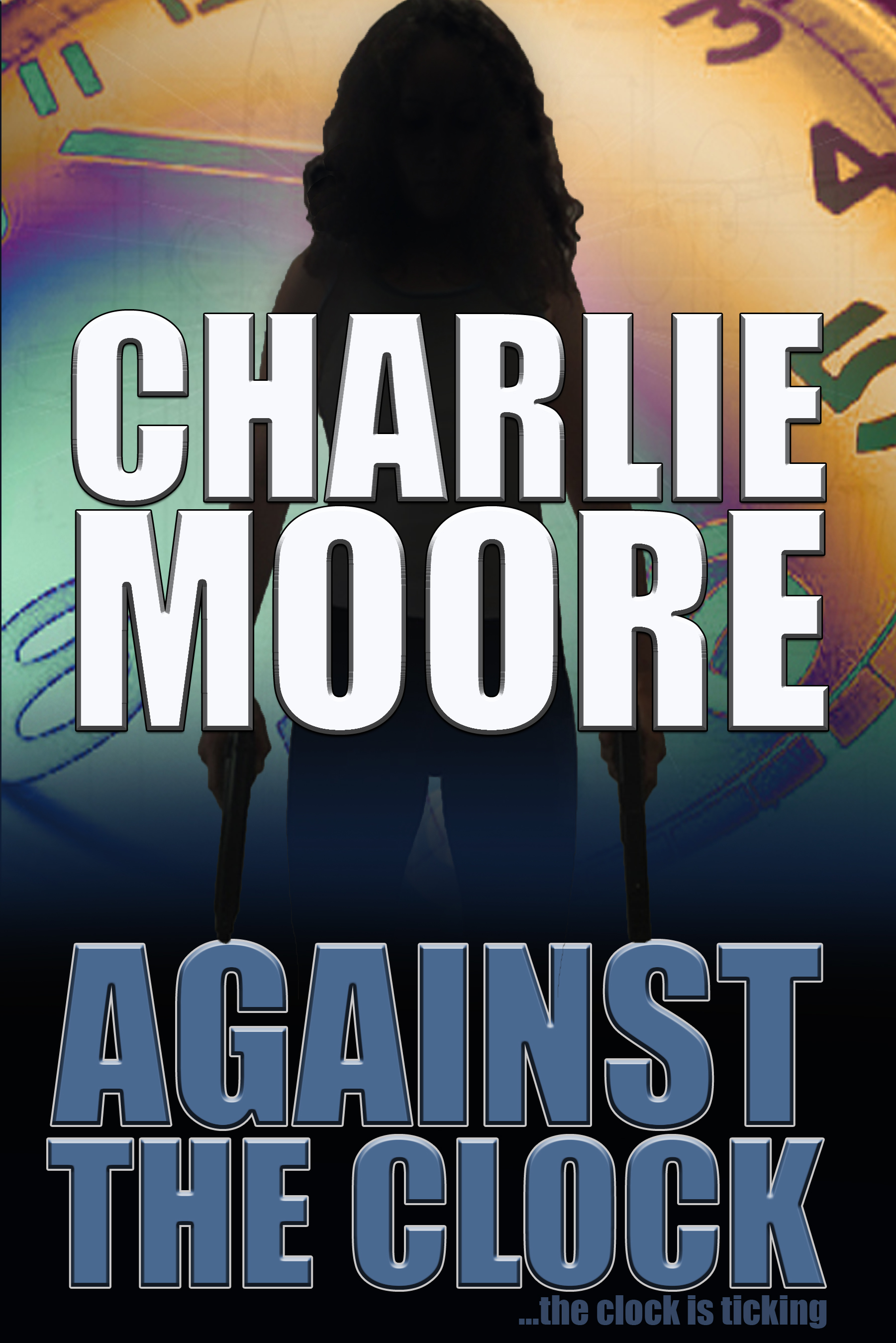