Posted on September 9, 2016 by Christie Stratos

There’s no better authority on a subject like autism than someone who has first-hand experience. Paddy-Joe Moran has loved writing and reading practically since he was born; he published his first book when he was twelve. His latest book, Communicating Better with People on the Autism Spectrum, helps others understand how to communicate verbally and nonverbally with those who have autism. Today, Paddy-Joe shares his story with us – and it’s really very inspirational.

Why did I start to write?

When I was young, hardly more than a baby, all I wanted to do was read. Even before I could read or understand the words myself I would have my mum read to me all day. It got to the point that even as a one-year-old I knew the names of every animal and dinosaur in my books and just what page to turn to in order to find them. As I grew older, perhaps from four or five onwards, I was never out of the library. I would read the same books over and over as well as finding new ones to read and enjoy almost every day. It was around that time that I did my first bit of writing.

I think at that age it never occurred to me that writing might be hard. Words just came into your head and you wrote them down. What’s so hard about that? So I started writing…well, let’s call them poems. I can’t say looking back now that they were very good. But I was young and I was having fun writing them and reading them back over, so that’s what mattered. For a few years my writing carried on in this vein, moving on to short horror stories at around the age of ten.

But the tone and scale of what I wanted to write soon changed. At the age of nine I was 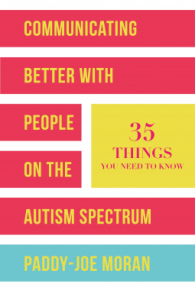 diagnosed with autism. For me this is by no means a bad thing; I don’t mind having autism at all. In fact I quite like it. But when I was younger there were a lot of issues with it for which I needed help. Instead of looking to outside help for everything my mum came up with a lot of ideas herself, including plans and techniques to help me cope better with my autism. After a few years of using them we had made progress that we never would have thought possible.

I don’t know quite when the idea of a book came to me, but I do recall the first time I talked about it. I was sitting on my mum’s bed and brought the idea up, thinking that if all these things had worked for us, why not write them down in a  book and put it out there to help other people? Only to find out my mum had the same idea! And so we began writing about autism. To cut a long story short we wrote the book and it was published when I was twelve. A second came out when I was sixteen and now I have written one by myself and had it published at the age of twenty-one.

It’s a bit odd for me as writing and being published has been a part of my life for the last ten years, so it’s hard for me to take a step back and see what a big deal it is getting a book published at this age. Like everything writing can be scary if you come to it later in life, but there is no right or wrong age to write your first book. Some people don’t even think about writing until after they have worked for a lifetime and retired. Some people like myself start writing as a child and don’t stop. My advice – and I think it’s more important than any advice on how to write – is to start writing. Don’t worry that you’re too young, too old, have not seen enough of the world or don’t have anything to say. If you want to write go for it – you never know what might happen if you do.

If you would like to check out my latest book you can do so here. http://www.jkp.com/uk/communicating-better-with-people-on-the-autism-spectrum-34251.html 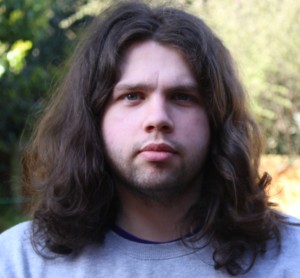 Paddy-Joe Moran is a twenty year old autistic writer from the UK. He has published three books and numerous articles.