There’s a thin line between devotion and obsession, and crossing it is deadly.

Danielle Madison has spent the eight years since her ninth birthday channeling the devastation of her best friend’s murder into catching pedophiles online. Being the one to have found Kira’s body, she can’t forget the brutality of the crime. Worse, she’s sure Kira wasn’t the murderer’s first victim. Since he was never caught, she’s also sure Kira wasn’t his last, and she’s dead set on figuring out his identity.

Months away from her eighteenth birthday, the course of Danielle’s life is altered once 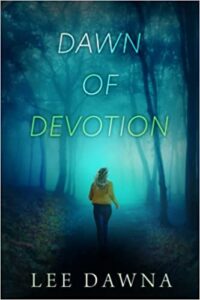 again when her father forces her to move across the country to live with her estranged mother—a wealth-obsessed narcissist with nothing but complaints when it comes to her daughter. Complaints that send Danielle’s self-esteem spiraling, and put her at odds with Michael Beller, the one person she’s finally found a connection with. But Michael has no idea how far Danielle has taken her obsession with catching child killers, or that she’s caught the attention of the very one she’s been looking for all along.

As the ninth anniversary of Kira’s death approaches, Danielle is unraveling. Michael wants every drop of her attention, but so does Kira’s murderer—and he gets it every time he baits her.

While she keeps secrets to protect those she cares about, one thing is certain: she’s putting everyone at risk, most of all herself.