Book Launch: What if the love of your life was a murderer?

A nurse who may be a murderer—and she’s the love of his life.

Despite their twelve-year age difference, and all his efforts to forget her, green-eyed Lily 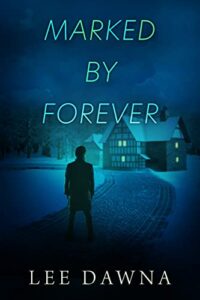 Beller has imprisoned Dr. Darren Mansfield’s heart for the last five years. He left his father’s medical practice to avoid the too-young temptation, but now she’s inexplicably working at the same hospital as him.

For the sake of his career and his sanity, he needs Lily gone. He also needs answers about the plague of horrific events that have started to further upend his life with all too coincidental timing. He doesn’t want to believe Lily is behind them, but all the evidence points to her.

To complicate matters further, while his mind is focused on Lily, her roommate Jill becomes determined to win him. And if he was smart, he’d let her. Because Lily has a boyfriend—one who might be helping her punish Darren over a past he can’t atone for.

Secrets, gaslighting, murder, obsessive love—everything is about to explode, and the damage may be irreversible.