Book Launch: Who Knew A Vicious Goose Could Bring Two People Together?

Posted on November 8, 2022 by Christie Stratos 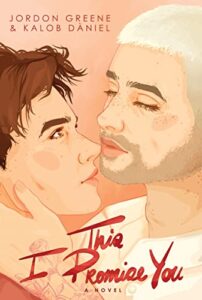 working part-time at a local pet kennel, and running a successful social media campaign to keep a hardline theist out of Congress. However, that dream never included his horrid choice in men causing an unhealthy need to be wanted and his multiple sclerosis with its unpredictable symptoms. He also never expected to accidentally end up at a frat party that leads to a crazy drunk call and maybe the best days of his life. As long as this guy doesn’t find out about his illness, maybe it’ll be different this time.

Paul Acre doesn’t know what his dream is. All he’s ever really wanted was to get as far away from Kansas City as possible. So he did. But running away from the demons of his past doesn’t stop them from catching up to him when his new roommate, Huxley, and the annoying AF man-child who smells like spicy citrus challenge his entire perception on life. Then he gets a random call at 2 am from a number he doesn’t know, and a drunk voice he recognizes demands a knight in shining armor come to his rescue. But can he trust his thoughts and feelings? After all, trust is a weakness that’s hurt him far too many times.

Read This I Promise You by Jordon Greene and Kalob Dàniel