Writing Groups Are Great, But…

Writing groups are great – there’s nothing better than spending time with people who have the same desire to write as you do and understand the writing life.

Everyone brings something new to the table, whether it’s an opinion, something they learned in a class or at a writing conference, deeper insight into publishing – whatever it is, the takeaway can be extremely helpful.

But it can also stop some writers in their tracks. It happened just recently to a writer friend of mine. We’ll call her Zoe for the purpose of this post.

She was going full steam on a mystery novel that she was really excited about and having a great time writing. One week she decided to submit a chapter to her writing group for a critique and was very excited to get their input and reactions.

As expected, she got a lot of different opinions, suggestions, and ideas. Stimulated and motivated by all the helpful insights, she returned home with her notes and went to work on her revisions.

The next month Zoe resubmitted the revised chapter. A couple of members who were absent at the last meeting were present this time. Their critiques were in direct conflict with the ones she’d received the previous month, but they were just as strongly confident that their way would improve the book. And some of the members whose suggestions she’d taken didn’t quite care for her rewrites. They wanted it to sound their way. In fact, one went so far as to try to change her voice, while another didn’t like the idea of which character she killed off. Yet a third felt the body should be found already deceased because she didn’t like books with any kind of violence, and she was adamant about that point. 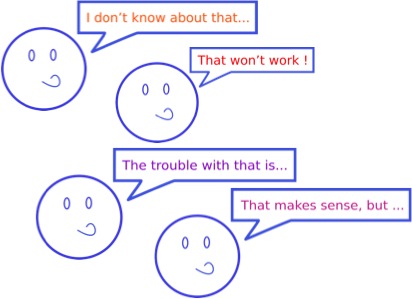 This all took a bit of a toll on Zoe. While she welcomed and felt initially stimulated by all the input, she found that when she was considering all the new suggestions, she started feeling confused and overwhelmed. She lost interest in the book and turned to an entirely different hobby for a while.

When she finally confided in me about her conundrum, I reminded her that this was her book and no one else’s. Everyone has an opinion, a theory, or a preference – even bestselling authors have their detractors. And some of them have dealt with editors who tried to change their voice or story direction as well. I told her she needed to weigh the advice she was getting and decide what worked and what didn’t for her manuscript.

You, as the author, have the final word on your manuscript. These are your characters, your situations, and your story written your way. Take the suggestions that work for your manuscript and discard the rest. People give lots of well-intentioned critiques, but the story is ultimately yours.

I’m happy to say that Zoe’s manuscript is back on track and now almost complete. Her enthusiasm has returned, and she’s learned how to manage the input she gets from her writing group members.

So listen to the critiques but hear them as suggestions, not definitive answers, and never let them get in the way of your writing. The most important opinion is yours.