You’ve never read two series quite so intricately woven together as Joseph Murphy’s. And you’ve never read books so well laid out. In editing Murphy’s books, I’ve often wondered how he kept everything so straight, especially in his latest book, Beyond the Black Sea. If you haven’t read it yet, it’s a must-read for lovers of good, solid fiction as well as authors who are hungry to learn more by reading quality writing.

I’m so happy to share with you this in-depth interview with Murphy. And if you haven’t read any of his books yet, they’re worth every penny – and you’ll want to read them again and again!

Did you originally plan to have two separate series instead of one series, or did that decision come after you wrote Council of Peacocks? Did you plan for your two series to intertwine?

I always planned to write about the two worlds, but originally they were two separate stories. After finishing the first draft of A Fallen Hero Rises, I realized it would be much more fun to have them connected. I grew up on Marvel comics. The reason I preferred them to DC is the universe was more cohesive. DC allowed more writer freedom which meant individual comics didn’t necessarily relate to the others. In Marvel, the big events in one comic always affected everything else. For me, that’s much more interesting.

How long did it take you to plan both of your series before you began writing them?

Too long. Embarassingly long. I get a tad addicted to worldbuilding. So I took a year to write a few “source books” similar to the type a roleplaying game (like Dungeons and Dragons) would use. They turned into encyclopedias. I have a 700 page book detailing the various magic systems, secret organizations, and races on Earth and Maghe Sihre and a separate 400 page document detailing plant and animal life on Maghe Sihre. I actually wrote first editions of the first three books in the Sword of Kassandra series. It took me that long before I figured out where everything was going. Then I went back and completely rewrote the first book. It was worse for Council of Peacocks. I have rough drafts and very extensive notes of five books in that series. It meant that I spent seven years or so writing without any published books to show for it. The good news is I’ll be able to publish 2-3 books per year very easily now.

When I started writing, I wrote almost exclusively horror. Over the years that’s changed along with my reading taste. I have so many books I need to finish in the two series that I don’t really have time to dabble with anything else. I use a program called Evernote to keep track of all my story ideas. At the rate I’m going, I’ll have all the books in my writing queue finished in 2-3 years and finally be able to try something new.

Wow. Good question. And hard to answer without sounding egotistical. It’s very important to me to have strong female characters. And lots of them. Women make up more than half the planet and they are severely under-represented in fantasy and sci-fi. Lord of the Rings is a perfect example. The movies have tried to address the issue by forcing in female characters. I apply the Bechdel test to every book I write. If you haven’t heard of the Bechdel test, it’s a way to determine if women have an active voice in a movie. It asks three questions: (1) does it have at least two women in it, (2) do they talk to each other (3) is their conversation about something other than a man. If the book doesn’t pass, I rewrite it.

In my new book, Beyond the Black Sea, the head of the U.N. council was male, as was a certain reptilian the characters meet in the later chapters. I changed their gender. Originally I wanted to make the book more balanced. It also made the characters more interesting because it forced me to think of them as people and not just placeholders.

Travis’ boss is based on a real boss I had. He was actually a bigger ass-hat in real life than he comes across as in the book.

Did your friends and family always know you were a writer? Were they surprised when you told them?

I started writing in 5th grade. So they shouldn’t be surprised. But I see this look in people’s eyes when they hold a copy of one of my books in their hands. Something about a paperback makes people realize I really did it.

Watching movies and reading books. Nothing inspires me faster than looking at the stupid decisions characters make in movies and books. I get angry and then I head to the keyboard to “fix” the story. Council of Peacocks was inspired by the movie Wrong Turn. There’s a scene in the movie where the protagonists could kill the sleeping cannibal hill people…and they just try to sneak away. If you are ever confronted with monsters who have killed your friends and are now sleeping in front of you, you don’t run away. You drop a hammer on their head until they are sleeping forever. Sorry. As you can probably tell, I’m still very angry about that scene.

I’m an active member of ASMSG. I’m the feature editor of their science fiction and fantasy emagazine, SFP Indie, and do cover art for the other upcoming emags. There is a ridiculous amount of talent in that group. They were founded to help writers improve their social media skills, but they’ve become so much more. They help with finding reviews, beta readers, editors, cover artists, handling the time crunch of deadlines. Every member I’ve met (and we have over 900) is always willing to help out other members. If a drama queen slips into the bunch, they are quickly removed from the group. I can easily say the group has made my experience as a writer much easier and more enjoyable.

Again, I probably did too much of this. As far as outlining books, I have them outlined until the end of the series. But once I start writing the first draft, things can change dramatically. I originally planned to kill off a certain character in Beyond the Black Sea. I really tried to kill him…but the story wouldn’t let me.

As for the characters, I know their dating history, which types of ice cream they prefer, their genealogy. I also know their birthdates because I wanted to make sure their personality fit their astrological sign. Almost none of that stuff ends up on the page. But it does mean when I sit down to write, I don’t have to think. I know my characters better than I know people in the real world.

How do you keep track of all the details of your multiple storylines in both books? It’s amazing how well you start to bring the Activation series and the Sword of Kassandra series together in your upcoming book, Beyond the Black Sea.

Lots and lots of notes. I also rarely sleep, which I think is a crucial element for anyone planning a career as a writer.

Did you do any research for either of your series?

Tons of research. I love reading books on conspiracy theories and paranormal events. I read David Icke books to learn about reptilians. I read books on Atlantis by Edgar Cayce, Ignatius Donnelly, Plato, and a few dozen others. I’ve been worldbuilding since I was a teenager. That amounts to over 30 years of compiling ideas. The good news is I probably don’t have to do any significant research for the rest of my life.

Yes. I think that’s another requirement. If you want to write a genre, you need to read a genre. If not, the reader is going to figure out very quickly that you’re a fake. I’m addicted to Jim Butcher, who writes urban fantasy and epic fantasy. I’d also pick Robert Jordan over George R.R. Martin any day. What I’ve realized by reading Martin is that I like a bit more fantasy in my fantasy and a little less reality.

If you could write anywhere in the world – in a fictional or non-fiction place – where would you write?

Fictional – Atlantis. They would have dreamcatching devices that could capture my dreams and turn them into finished, fully edited novels. Non-fictional, probably Venice, Italy. Wandering the streets there at night, after the cruise ships have left port, I realized it is one of the few truly magical places left on Earth. 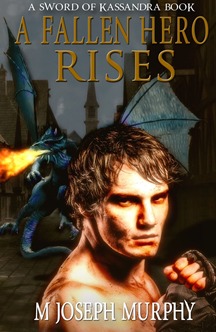 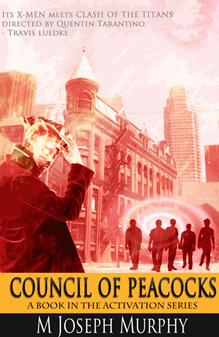 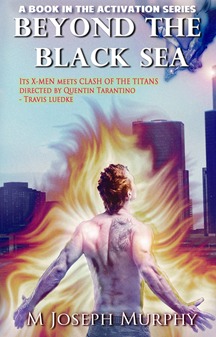