It’s not easy to craft a story that seamlessly weaves together disparate lives and situations, each in their own world yet ultimately affecting each other. But Kevin Zdrill has done this flawlessly in his book Crazy, Mixed-Up World, a novel whose characters and relationships are so relatable that readers will recognize and be touched by more than one.

In this author interview, Kevin shares his motivation and inspiration for writing this book; we think you’ll find it as interesting as we did.

This is my third book. My first two books, No Kiss Good-Night and Boom Chicka Wah Wah are a comedic dating series. Crazy, Mixed-Up World’s planning quickly unfolded within a month despite the complexities of the storyline.

What do you think makes your work stand out?

It’s a story premise that quickly draws the reader into the situational lives of the characters. The use of dialogue is crisp and engaging with descriptive settings kept to a minimum for brisk pacing. Readers tell me they find themselves reflecting on the book long after its completion.

Would you say this book fits into a particular genre or would you say it’s more of a commentary on contemporary life?

This book blurs the lines between several genres because it is a commentary on contemporary life and the diversities of social issues making it difficult to corral it into one category.

The characters in your book are very diverse – are any of them based on people you know or have seen/talked to in real life? Is there one you’d like to know in real life?

I’ve stayed away from developing a character based on someone I’ve actually met, believing it constricts the potential for where I can take the character’s development. That being said, I’ve been intrigued by situations described to me that have found places within my books in various designs.

Your characters are all so different from each other, as are their lifestyles and situations, yet you gave each one a distinct voice and circumstance. Did you find it difficult to immerse yourself in so many different characters’ personalities/situations so you could write authentically from each one’s POV?

The beauty of people as individuals is that there are no limits for distinct voices and personalities. In my careers in banking and mental health, I’ve had the wonderful opportunity to meet and interview well over ten thousand people. The richness of personalities makes it very simple for me to immerse myself into an array of completely distinct characters and have a ton of fun with them.

I’ve become more disciplined in scripting out an outline and character profiles after suffering nightmarish editing to fix errors. While it’s easier to initally wing it, the price to pay in the final polish is huge. However, most chapters and scenes, despite adhering to a script, often take on a life of their own while I’m writing and I’ll roll with whatever direction it takes me. It’s often during these times that the best magic is written and character dialogue clicks.

Did you do any special research for this book?

For this book I wanted to incorporate a few specific mental health personality disorders to bring to life very real and very specific behavorial themes.

There’s that inital shock when family and friends discover about the books I’ve written. In the past, the first reaction was a request to read the book. Everyone was so eager to finally see what went on inside my head! The frustration back in those days amounted to having zero avenues to get a book into print. Now, the reaction from friends each time I release a book is where I found the time to write with two boys under the age of three. Frankly, I think that surprises me as well!

I’m always thinking. I’m always reflecting. And I’m always putting myself in situations that become fodder for a book. I can be listening to a song, hear a lyric or a line spoken by an actor in a movie and an entire book idea comes tumbling within my head. I’ve had dreams so vivid and detailed they became storylines. A case in point, Crazy Mixed-Up World was sparked simply by a song that had a line that caught and germinated the entire book’s concept inside my head.

Years ago I was involved in a couple of writing groups and I found myself overthinking what it takes to write a good story. I think they can complicate the creative process. At least for me it does. A good story should flow naturally by the author without constantly thinking of structure and what the guy sitting next to me does to write. A good editor will work out all the kinks. A writer has to get it down on paper first.

Do you read the kinds of books you like to write?

Not really. There’s a really small group of authors I’ll read, but mostly I’m into nonfiction books. Yet, I’ve heard to become truly good at the craft, a writer should constantly be reading books in their genre. The trouble for me is that I feel guilty if I’m reading because I could be writing.

Phoenix, Arizona. I spent some time there a couple of years ago. What a climate! I thrived in being able to sit outside day or night writing! There’s no downtime in the weather with rain or snow. I could sit out on the patio with my iPad and never come back inside! 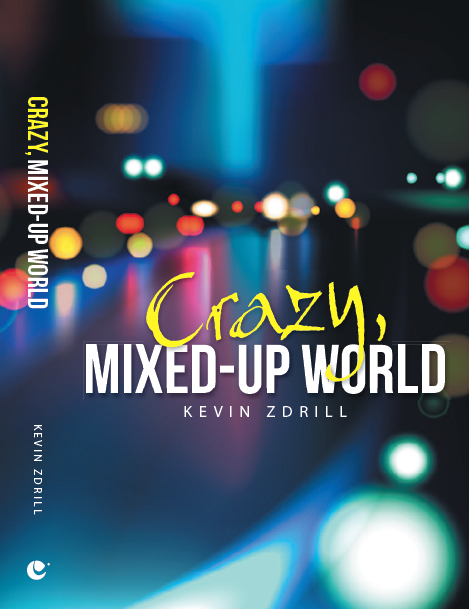