Celebrities Are Off Limits. Here’s Why.

The next time you’re going to include a celebrity name in your book, DON’T DO IT, even if it’s flattering! You could be sued for something you didn’t even know you were implying. In the French book La première chose qu’on regard, author Grégoire Delacourt included Scarlett Johansson’s name when someone mistakes the main character for her – but is clearly not actually her. According to this article on Melville House Publishing’s website, Johannson sued because the character who looks similar to her (remember, this is not a 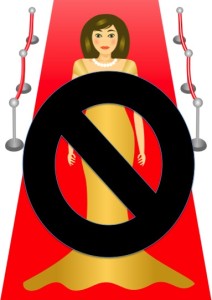 movie with an impersonator – just a book) has two affairs, and she claimed in court that this was defamatory. Both the author and his publisher were shocked that they lost the case and had to pay damages.

How can you, as a fellow author, avoid being blindsided by something like this? The answer is simple, albeit a little annoying: avoid using famous people’s names altogether. Instead, rely on your ability to describe characters clearly. More specifically, make sure to describe key features of a celebrity, focusing on things that make him or her stand out, things that make him or her recognizable. If you describe a character accurately enough, your reader will understand who you’re alluding to. Not only will this keep you from being sued (apparently), but it will also speak to your writing abilities.

Description is one of the most important parts of bestselling books – something we’ll soon talk about in more detail. Use this French author’s unfortunate problem as a lesson for yourself – and an opportunity to improve your own writing to avoid such misfortunes. After all, how can it hurt to NOT offend a celebrity?

4 Responses to Celebrities Are Off Limits. Here’s Why.