RELAUNCH! Remember: Protectors of the Elemental Magic by Marnie Cate 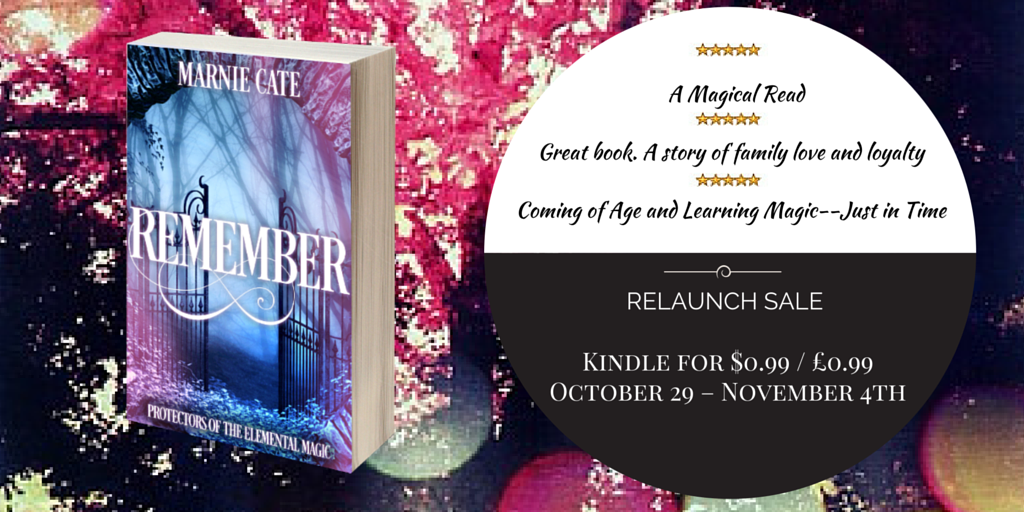 Hiding the truth from you is no longer protecting you. Sit and I will tell you what you need to know.

With those words, the secrets of my great grandmother, Genevieve Silver, were unburied and my role as a protector of the elemental magic was revealed.

My name is Marina Addisyn Stone but Mara is what my friends and family call me. I had always felt that there was something missing and that nothing was permanent. Why would I feel that way? I was being raised with my little sister by my grandmother that loved and doted on me. Then, there was Cole Sands. Who could forget the blue-eyed boy that had stolen my heart? What more could a girl need? I always thought I was just being dramatic and that bad things do happen to people but that is part of life. People die. People go away. Little did I know that with one secret, my life would change forever and my new world would be surrounded by the world of elemental magic?

As I felt my determination build, the mirror in front of me began to change and the reflection filled with rippling water. The image made me think of the choppy water of Sparrow Lake. At first, the small waves were calm but the speed and intensity of each movement of the water grew. I found myself being splashed as the waves grew harder and began to slap against the mirror. Standing up, I moved away just in time to watch the mirror before me shatter and the violent water burst out towards me.

The room began to fill with rushing water. Feeling around the room, I searched for an exit. Behind the shattered mirror, I only found solid rock. Looking to the ceiling, I could see the same hard stone. Feeling the emotions build inside me, I began search the floor and walls around me for any exit. 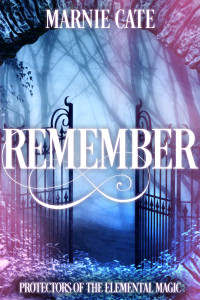 The water did not slow. Instead it continued to fill the room as I frantically searched for my escape. The water soon reached my knees and, what seemed like seconds later, I was wading through waist high water. As the water continued to rise, I was soon struggling to keep my head above water. It was not enough that the water was filling the room so rapidly but soon the water felt alive. The cold waves kept tossing me back and forth as the water rose and I began to feel like I was in a game of Ping-Pong where I was the ball. Soon, I found myself pulled under the icy water and surrounded by thousands of bubbles. Frantically kicking my feet to keep my head above water, I broke the surface.

Remembering the swimming lessons my grandfather insisted on, I thought about the times I spent with my grandfather learning to swim. I began to feel less scared as I recalled his calm voice and gentle words telling me that I would be safe. As I floated in the rising water, it seemed to respond to my emotions. The thrashing became calmer as I focused on my grandfather’s words. My brief moment of peace did not last. Before I knew it, I had almost reached the ceiling that had no exit and I began to panic. At this rate, I would be trapped and drowned in minutes. As if it was feeding off my fear, the water began to toss me around again.

As the water began to rise up my neck and almost over the top of my head, I tried to calm myself. You are the granddaughter of Mae Veracor and the great granddaughter of Genevieve Silver. You are the descendent of strong women. You have nothing to fear. With these words, the water once again calmed and I was able to tilt my head back above the water. How am I going to get out of this?

Remember: Protectors of the Elemental Magic is on sale $0.99 / £0.99 Kindle from Thursday, October 29th to Wednesday, November 4th! 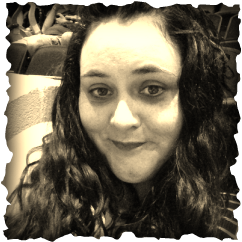 Other Works by Marnie Cate

The story of Mara Stone continues. Her world was shaken but she is a fighter. Facing new adversaries, Mara is learning what it truly means to protect the magic.

The story of Genevieve Silver and the origins of the protectors of the magic. With the balance of the elemental world shaken, four elementals take on the task of protecting the magic.