Horizon is a book on our must-read list, especially now that it has been relaunched by author William Lloyd. Not only does his sci-fi book have a new cover, it has an extended ending! This debut novel is very personal for William; he merged his own experiences and darkest times with science fiction to develop a strong first book (according to his ratings!) as well as a thirst to write more. Keep your eyes out for this up-and-coming star.

Horizon is the first book that I published back in May 2014. I’m actually looking to relaunch it with an extended ending and new cover design.

I was jotting down ideas for Horizon back in 2008, but I never really started writing it until 2010. Then it took me about four years to actually put together the book and have it ready for publishing. During that time frame, I was actually an Assistant Produce Manager for a grocery chain so I kind of had my hands full at the time.

Is this a commentary on the sentient/intelligent technology being forced into our everyday lives and our military?

The story as a whole goes into enemies within the government. For the most part though, you don’t see this until later on. Right now, it’s more of a story about a man trying to discover what happened to his Navy father. Think of it as military men being claimed dead, but actually are still alive because the government doesn’t want any relatives interacting with them.

The main character, Aaron Lambright, is someone who has some common issues: alcoholism and unemployment. Was part of the point of this novel to speak to people with the same issues and deliver the message that even with their problems, they can be heroes in some respect?

Aaron Lambright was me when I was about 19 or 20 years old. I had a failed relationship that continued to just eat at me every single day. I ended up crawling into one of the darkest realms of my own consciousness and didn’t want to come back out ever again. My life was filled with poor decisions when I was younger and what happens with Aaron is the symbolism of my life during that time period.

My message when writing this novel was exactly that. It’s better to meet your calling halfway and pursue it than to constantly feel dead inside because unfavorable events brought you to that dark place.

What kinds of changes have you made for the relaunch of Horizon? Will people who already read it find anything new in the re-release?

Well, there will be an extended ending for all those that felt the ending didn’t live up to their expectations. I have to admit, the cliffhanger was a bit too out of this world for a first novel, but it was a gamble with good and bad effects. Also, there will be a new cover.

Judging by your Amazon reviews, your readers would love to know when the next book in the series is coming out. Do you have an approximate date for them to look forward to?

Currently, I am still piecing together Eversoul. I’m about halfway done with it, and I’d like to have it out by March 2016

Do you mostly write science fiction or do you dabble in other genres? If so, which ones? 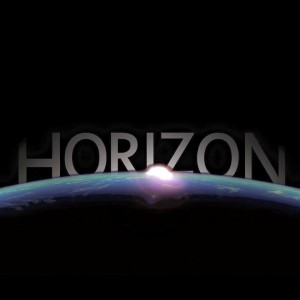 I am currently playing with an epic fantasy called The Temperament Scepter. It’s a trilogy, but I also have spinoff trilogies that will be released after the final novel Resurrection has been released.

I also have been working on a horror/suspense called Afterlife: What Happens Next.

The one comment I hear a lot from my reader is my description. I guess the way I portray my stories through each chapter is almost like a movie. I do my very best to have all the senses present in each scene. Also, I tend to tell the story of the villains throughout the novel to have some kind of relatability for my readers.

What is the significance of the cover picture?

The cover of Horizon had to do with politics, corruption, and love. The glass of whiskey on the cover was a representation of the clouded judgement of the government, while the red lace panties were a sense of deception in Aaron’s life with his relationship. The letter was more of a metaphor for the lost soldiers that don’t always make it home and how the deception, corruption, and judgement can lead to the loss of good and brave men.

Is there anything in your life that inspired you to write Horizon, or was this purely from your imagination?

The first half of the novel was about my pathetic life when I started the book. Ha-ha! The ending was more of my imagination with all the different worlds and aliens out there in the universe.

In the beginning, it all had to do with my relationship with a girl. I eventually found myself writing about my perception of what was going on in politics and how it could affect us 100 years later. I tried to write about some experiences I had with people in my own life like the sentimental talks Aaron has with his Uncle Ron because that was the relationship I had with my uncle at the time. And still do.

I think as far as Aaron’s family goes, I wanted to portray the feeling I had with my own family. I’d say sometimes we feel distant from our parents once we leave home and our relationship drifts apart. Although Aaron’s father was a bit of a drunk as well, I never experienced that with my father. I only used the distance I felt with him at that particular time. I wrote a few scenes about Aaron’s mother more about teaching and pain. This served the point that I have a close bond to my mom, but sometimes we do have our arguments.

Aaron’s brother Lance was added later on because there was a separation between my sister and me. I felt like we didn’t know each other well and it was hard to connect to her as a brother. I created Lance as a way to show the adventurous life that my sister may not know she is actually living right now metaphorically.

Just an incredible imagination. Ha-ha! When I wrote music, I did it because it made me feel good. I enjoyed touching the strings on the guitar and feeling the warm tones leave my throat when I sang. Most of the lyrics I wrote were real life events. As far as books, my life is implanted in every page.

Currently, I’m with a group of writers called the #Awethors. I really do enjoy this group because they help each other out in this kind of work. There are never any dull moments with these guys especially because all of us are going through the same experience with writing.

I think they’ve inspired me to not think so much about my own writing but to expand my reading to other genres. These guys have really created an environment where we can all listen and act like adults, especially with certain topics.

When I write fantasy, I actually draw maps and outline all of my characters. Then I create about a ten page timeline of each event that happens in each book. I actually describe my outlining procedure on my blog. Now, when it comes to horror/suspense, I normally let whatever is on my mind find its way on paper. I don’t outline those because I think raw ideas bring out crazier ideas.

Did you do any research for Horizon?

The only research I did was about Australia and Alaska. I also sat down and watched politics not work for almost four years.

I read different kinds of books to get an idea of how to write those genres. I read a lot of “Walking Dead” comic books because I’m just a huge fan of Robert Kirkman. I also read Stephen King and Steve Alten with their horror stories. I guess as far as horror I read books.

Anything fantasy, I watch The Hobbit, Lord of the Rings, and any dystopian movie that’s out right now. Also, video games have been a huge motivator to write because the storylines are amazing in some of the science fiction and fantasy games.

I would write underneath a glass dome beneath the Pacific Ocean. I have always loved being underwater and going to aquariums. If I could write at the bottom of the ocean, I think it could bring about many ideas that I didn’t even know I had. 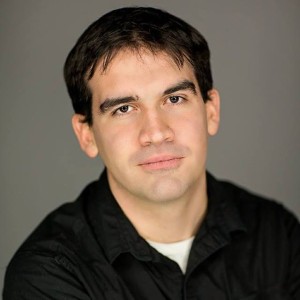 William Lloyd has a home in Atlanta, Georgia, where he enjoys spending his days playing music and watching football. His specialty genres are horror and suspense as well as science fiction/fantasy. He released his first novel Horizon in May 2014 and is currently working on a new novella called Afterlife: What Happens Next. He loves playing golf, video games on PlayStation 3, and reading horror novels in the evenings. He attended college at the Art Institute of Atlanta, where he studied Audio and Video Production.