Posted on September 12, 2019 by Christie Stratos

What triggers the seed of a story to germinate? Mine started more than thirty years ago while living in Germany, teaching college courses to U.S. soldiers. While driving to the various military posts, I would pass medieval castles, ruins of Middle Age fortresses and well-preserved medieval towns that feudal knights time-warped to today would feel comfortable visiting.

And occasionally, I would pass a Fernsehturm, German for TV tower. They are unique; we

don’t have them in the states. The most famous one is the twelve-hundred-foot tall Fernsehturm in Berlin. However, not all are located in the cities; many dot the countryside. They are reinforced concrete spires that support spherical or cylinder-shaped structures just below upward-thrusting antennas. These structures have multiple floors and elevators, and many contain restaurants.

Conditioned to seeing so many medieval ruins, I at times saw the Fernsehturms not as modern structures but as just more Middle Age edifices. When I found myself in that alternative mindset, I rattled the marbles around my head to get back to reality. However, the experience got me to wonder; what would become of Fernsehturms if modernity collapses, sending the world into a Dark Age? Would the locals tear them down and quarry their material to build shelters, much like what happened to many Roman structures after the fall of Rome? Would their ground-level foyers become stables for farm animals?  Or would the new nobility and clerics use them as castles, palaces or churches?

I have published the first two novels of a trilogy that take place in Central Europe after modernity collapses and the world returns to a medieval age. Because the Fernsehturms are the tallest intact structures remaining, they become important symbols. NATO and the Church—the only institutions that survived the collapse—rush to commandeer them as they jostle each other for power. In one city, the Church transforms a Fernsehturm into a basilica. NATO occupies another city’s Fernsehturm, converting it into a castle headquarters. 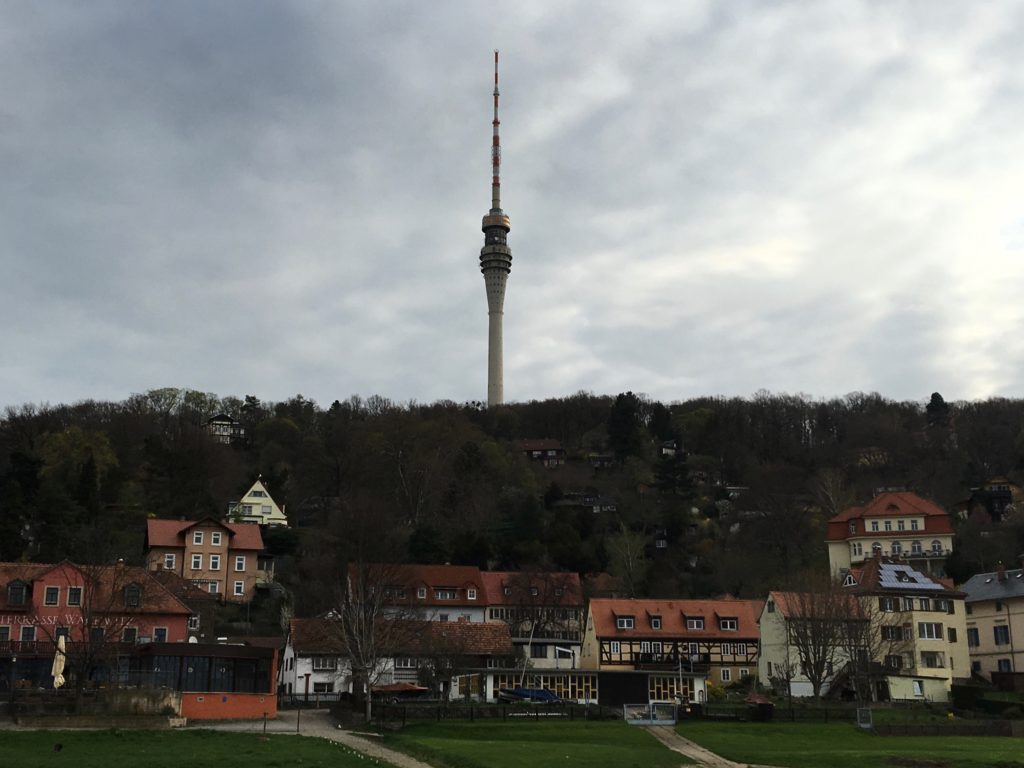 To give the reader a sense that modernity had progressed past the present before its collapse, I reimagined the Fernsehturms’ purpose. I called them Induktiv-Sendemast, German for “inductive transmission tower.” They did not broadcast television and radio signals but instead transmitted power wirelessly to electrical vehicles, similar to how charging pads energize cell phones.

Thinkers brighter than I have argued creativity arises when differing frames of reference intersect, blending together to form a new thought. The differing frames of reference that smacked me in the face were edifices from different ages. When they blended together, they birthed the thought, what if.  I explore that question in my novels The Book of Ruin, The Flashfall Sword and in the book I am now writing, Rangerknights. 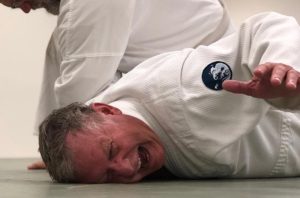 W.G. Hladky is a retired homicide detective from the Miami-Dade Police Department. Before becoming a cop, he was a newspaper reporter. Bill also is a published poet. He and his wife are travel addicts, and many years ago lived in Germany, where Bill taught officer survival skills to American M.P.’s.

He now travels across the country explaining to police officers how violent encounters impact their physiological and psychological responses. He has a bachelor’s degree in General Studies from the University of Iowa, a Master Degree in Public Administration from Florida Atlantic University and a Master Degree in Criminal Justice from Nova Southeastern University. Bill recently has been seen stumbling around a Fort Lauderdale dojo trying to learn Aikido. 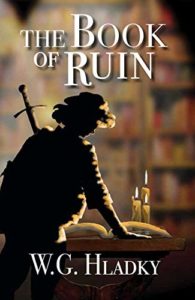 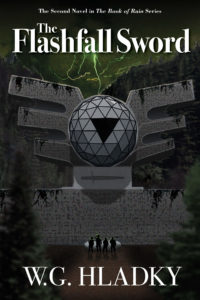 One Response to Story Germination: Guest Post by W.G. Hladky