Posted on September 19, 2019 by Christie Stratos

The genre of barbarian fantasy is closely tied to Conan the Barbarian, a classic also known for being at the roots of sword and sorcery fantasy. Joshua Robertson, award-winning fantasy author, has a brand new release you’ll enjoy if you love Conan-style tales. Robertson is primarily known for his dark fantasy novels and short stories, but he has mastered this fantasy subgenre right off the bat. “Ren the Red Falcon” is Robertson’s new short fantasy release through Three Furies Press.

Her talons cut deeper than steel. 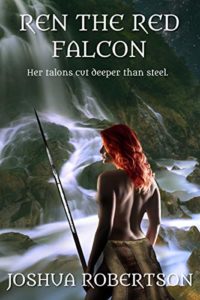 Taken by Aggath slavers as a child, Ren’s youthful rage was tempered by the crack of a whip. Season after season, she endured the wrath of those who slaughtered her kin and stole her life.

Years later, when her captors are unexpectedly defeated by a company of savage barbarians, Ren briefly tastes freedom before being ensnared once more to be gifted to another tribe as a token of peace.

Now, with thralldom threatening her future once more, she must learn to rekindle her inner fire or forever suffer a life of servitude. 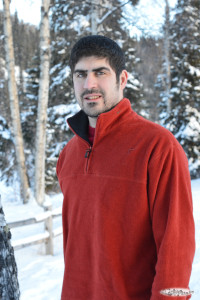 Joshua Robertson is an award-winning author in fantasy fiction. Robertson is also a Licensed Master Social Worker, who received his degree from Wichita State University.

You may recognize him as the dude whose dragons were said to destroy George R.R. Martin’s and Christopher Paolini’s dragons in a very biased Twitter poll. His first novel, Melkorka, was released in 2015, and he has been writing fantasy fiction like clockwork ever since. Known most for his Thrice Nine Legends Saga, Robertson enjoys an ever-expanding and extremely loyal following of readers.

He currently lives in North Carolina with his better half and his horde of goblins. 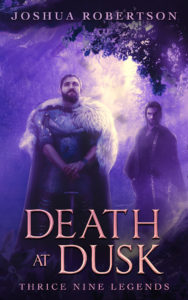 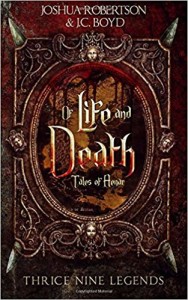 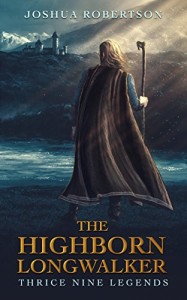