Author Ben Starling’s upcoming romance book includes something for everyone: corporate criminals, a beautiful island, a mysterious box, the struggle between a successful career and fulfillment, and  even marine life. Ben’s novel sounds like both an epic adventure and a beautiful, honest romance. January 2016 can’t come fast enough! Good thing we’ll have some prequels to tide us over.

Your debut book (title reveal coming soon) will be published next year. How far along are you in the writing process?

My current novel will be released on January 21, 2016. I am in final edits of the manuscript – nearly there now! Since I find the flow of water critical for spurring on creative activity, I’ve taken to swimming nearly every day to speed up the process. I’m developing gills.

Right now I’m also working on a series of prequel short stories to be released from September 2015, set in the same world as my upcoming novel.

Can you tell us a little bit about your upcoming book? The blurb on your website says:

What if to be with the man of your dreams… you had to give up your life? On the verge of losing her job, a side-lined journalist is forced to travel to the South Pacific to untangle a mystery where she meets a reclusive ex-boxer with a message. When a syndicate of corporate criminals invades paradise, she must either defend the island with her life or accept the plum promotion that will save her career.

Other highlights in this tale include: a mega yacht, a super sensitive whale, two environmentalists with a passion for concrete garden angels and Scrabble, verdant tropical island politics, seaweed farming and a faithful blue-footed seabird stowaway. And a love that lights up two lives and reaches past the grave.

Who will this story appeal to? Those who love the works of Nicholas Sparks, Nora Roberts and Colleen Hoover.

What else can you tell us about it? Can you give us a glimpse into your main character?

My heroine Teal’s character came to me out of the ether one day (I credit my muse, Edington – a beloved Great Dane I once had – for that gift). I was so fascinated by Teal that I had to sit down and write her tale.

Teal’s courageous and vulnerable, ambitious but still finding her own strengths and confidence, still determining what she truly believes in. She’s the girl from Nantucket who dreamed of being a reporter amidst the bright lights of New York. And achieved it.

Yet it is not the satisfying path she thought it would be. She’s still searching for the one magical thing that that will make her life complete. When she picks up an unopenable box in the street with her name carved in it, she finds herself headed for a mysterious island on the other side of the world – and maybe to the magic she was looking for.

Do you mostly write in contemporary fiction or do you dabble in other genres? If so, which ones?

I love mysteries, sci-fi, thriller, contemporary fiction, classics, adventure, historical, great love stories – but am interested in just about everything. I think there’s something to learn from all genres, so I like incorporating strong elements from several different genres when I write.

But while other genres inform my writing, I keep coming back to my true passion. My upcoming novel and the series of prequel short stories to be released from September are contemporary fiction. And perhaps more importantly – they are love stories.

In them, you can expect to find obstacles, ecstasy and some tragedy – I like to write stories about passionate and spiritual kinds of love. Really when you think about the big picture, does anything else matter?

Did you plan this book with an outline, character development exercises, and/or other pre-writing activities? Or are you just writing it as it comes to you?

I am a big believer in the value of planning ahead. Every minute spent planning is a month saved. Maybe more. I don’t have time not to. The Writer’s Journey, by Christopher Vogler should be on every writer’s bookshelf.

And after all the planning is done and the outlines made – I toss them all in the air and gallop off free flowing and four feet off the ground with the wind in my ears. It’s important to plan the route to one’s destination, the final climax at the end of the book. And it’s important to also revel in the journey to get there.

Is there anything in your life that inspired you to write your upcoming book, or is it purely from your imagination?

My upcoming novel was inspired by the loss of my partner at forty-five years of age to ovarian cancer, just thirteen weeks after her diagnosis. In the aftermath, an old friend challenged me to turn that grief into something positive.

Remembering a conversation with a charismatic Polynesian fisherman (I visited there once) about his people’s vision of death and the afterlife, I began to write. The story kind of took off from there.

You have a lot of your own marine art on your website. Does marine life inspire you to write or just to draw?

My interest in marine life has taken me across three oceans over the past three decades. Our oceans are critical for our future. The human body is sixty-five percent water and about seventy-one percent of the earth is covered by water. We can’t do without it.

I have done a fair amount of research on this topic for personal interest over the years – so it is true that the marine theme in this novel is close to my heart. I do worry about what kind of state the world will be left in for the next generation.

Every character I write comes as a complete surprise! They are like no one I’ve ever met before but, in the case of the good guys, they are people I’d like to meet. They seem to arrive on a beam of light direct from Edington. But the villains frankly scare me!

Yes and no. I don’t attend a scheduled writers’ circle. On the other hand, I do have friends who are writers and journalists. We regularly turn to each other to bounce ideas around. I also work closely with my editor – she helps me and I edit her work in return.

Yes, I do read in my genre as well as in others. Maeve Binchy’s work, for example, is always moving, and I was astonished by the movie Titanic. I also enjoy reading across genres and am particularly interested in the way different authors address and solve problems. I read for the intrinsic joy of the story – but I can also convince myself that this is research! Sooner or later a technique I admired in, say, a thriller, proves useful to me and then that time reading delivers a double reward.

In a house by the ocean. It would be warm but not hot – and the sea breeze would waft over me. I’d be able to gaze at the waves though an open window. Inspirational! 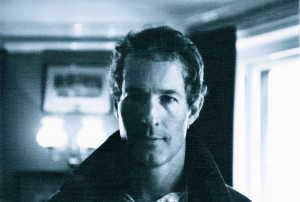 Ben Starling is passionate about marine conservation and boxing, both central themes in his upcoming novel. He is Oxford’s only ever Quintuple Blue (varsity champion five years running), was Captain of the university boxing team, and coached and boxed competitively. Ben graduated from Oxford University with a Master of Arts and an M Phil. He was born in the USA but has lived in the UK since childhood.

Sign up here to be notified of Ben’s upcoming releases.