Read about Jin’s book Kaoru: in Loves Shadow, the second book after Love. Check back tomorrow for Proof Positive’s interview with Jin!

Robert would love nothing better than to go unnoticed.
Kaoru takes the role of huntress. She couldn’t care less about his desires. He has been marked as her prey.
Love blooms in the city of angels.
Still… love has a tendency to trap, crush, and cast aside the unworthy.

There was just something special about the late December snow. It was not as cold as February, but the slight chill did let you know that winter was upon you. She so loved the cold these days. Whether it was her thoughts on how she was raised or the cold emptiness of winter she loved the solitude of her life. Living solitary in that big house was nothing more than a dream to her, though not one that she imposed on herself but had become used to being in, yet… from time to time it did not feel real. The mere idea that she would 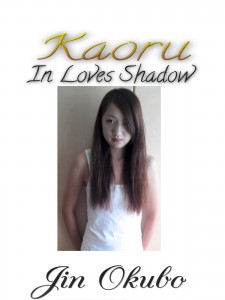 need to share it with someone, was beyond her at the moment. Still… she found herself looking at him from across the room every chance that she would get.

He was a squirrel of a man the way he moved in and out of the Starbucks. Still, once a week he would run in and order the same double shot of espresso and vanish out the door. Such uniqueness was to be admired in a time when people tried so much to fit… in.

What the hell could have him in such a rush? He was in and out of sight so fast that her thoughts were still forming as she watched him. There was little to the room to be admired, and having this distraction was one of her little joys. Taking a look around the room she would see the boring, the plain, and the utter useless cardboard cutout humans that made up society.

To her left, without even turning her head, she knew who was sitting there. The rancid smell of cigar smoke stung her sensitive nose. If she were to turn her head, she would have seen the grotesque representation of a human being as the man sitting there. Had she bothered to look there he would be in the same tired shirt. Part of his gut lifting the bottom of his shirt, a shirt that was never really meant to be worn untucked. But this man wanted to make a statement. What that statement was, well no one really knew.

Still had she bothered to get a side glance in there he would be sitting a café latte with a glaze doughnut. The doughnut itself being half devoured through a gaping hole that he called a mouth. Lips so trained that even though there was no smoking allowed, they still held firm to a cigar. He would light the beast as soon as he was out of earshot from the yuppie know-it-alls who had nothing better than to try and force others to live a certain way. In a way she admired the slob of a man for standing up for some semblance of freedom. At least he was not hiding the person that society as a whole cared not to see. With so many out there being fake in one sense or another it was becoming difficult in today’s world to see true life from the fiction which we perceive.

As she headed towards the line to place her order Kaoru’s eyes caught a view of one of the yuppies, which she detested so, rights for all as long as the yuppies approve of those rights, cancerous beings sitting in the chairs and tables across the room from her. It was an amazing sight to see. The paleness of her skin was clearly meant to give the sign of health. Yet, there was a certain view, which some would see as this woman being nothing but a plague on society. Her clothing nothing more than draped fabric over a school skeletal display. Everything about her was a complete contradiction to the idea of health.

That sad excuse for a woman had been standing in front of her as she prepared to order. Her order was as confusing as the idea of this person coming into a Starbucks for a drink. Excuse me, I will be having a soy, non-fat, decaf, macchiato, and make sure that it is a natural no sugar mocha powder. The order still burned in Kaoru’s mind was nothing less of disgusting, vile, putrid thing to order. That was not the end of the pain, which Kaoru had put up with. The sorry imitation of a human had actually turned around and faced her, all to give a reason for such an order as if anyone else in the world would care for what reason she had ordered such a thing. 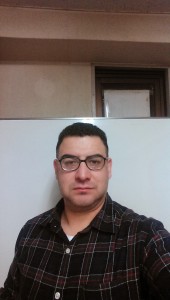 There are few interesting things that can be said about my home town. I grew up in a mildly racist country town in the Santa Barbara mountains, though I am hopeful that things have changed there. Having grown up during the great migrant issues of California during the 80’s and 90’s, I was able to experience some of the issues when I was getting  my higher education in university. The biggest part of my life was finding my self-identity, which was never truly clear to me as a youth.

Upon finishing my university studies I moved to the beautiful country of Japan only to bounce back and forth between the U.S and Japan for a couple of years. Finally, I received my Japanese citizenship in the spring of 2014. My life has been filled with many strong women which is one of the contributing factors for my protagonists tending to be women.

I am a lover of classical literature. I hope to bring in a new style of classical literature to the current age of fast paced easy to read cookie cutter style novels that are being pushed out in mass across the world. Choosing to stick to my own style of writing rather than to write for easy to sell books has made my work difficult to get into, yet it is the joy of writing that is the reason as to why I do things the way I do.

There is always the temptation to write easy to digest books that are made to sell, rather than books that are written for an experience reader and very few writers have mastered both.  As I  work to improve my craft, I am inching my way ever closer to that perfect balance of books that will satisfy the modern reader and the reader who focuses more on content rather than face value.

I would like to make a comment to my would be readers: “I write to challenge my reader. As you face this challenge you will find that you will grow to love the characters I have created. This love will bring a deeper understanding to my writing and my characters more.”