Posted on September 24, 2021 by Christie Stratos

To what lengths would you go to hide the truth? What if the secrets you’re keeping aren’t the truth at all?

Avery Kingwood’s marriage crashed and burned…on his honeymoon. After finding out his 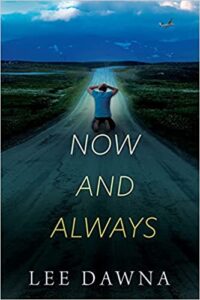 wife Cassie’s devastating truth, she forces him to sign a separation agreement—more like a gag order. Unable to say what happened to his marriage, Cassie expertly manipulates Avery’s entire family against him. All he’s got left is his father’s business, but even that tie to his family is troubled.

Broken, Avery unexpectedly finds something that gives his life renewed meaning and hope: Sheila Beller. Perfect, well-respected, charming—and untouchable. She wants nothing to do with divorced men and he’s worse than divorced, he’s married, so half his life must remain a secret. Unless he can figure out a way to get a divorce without Cassie taking him for every dime he’s worth, and do it while convincing Sheila he is a man she can count on.

Cassie’s out for blood, and Avery’s only hope for love is slipping farther away by the second. One thing is certain—the Bellers and the Kingwoods will clash as unfathomable truths threaten to rip Avery and Sheila apart.